This is an 8-CD set released by Radiorevisited.com. Disc 7 in the set features We Hold These Truths, which was originally broadcast December 14, 1941, to mark the 150th anniversary of the ratification of the Bill of Rights. Jimmy Stewart starred in the production along with Lionel Barrymore, Edward Arnold, Walter Brennan, Bob Burns, Walter Huston, Marjorie Main, Edward G. Robinson, Rudy Vallee and Orson Welles. Norman Corwin wrote and produced the program which was broadcast by the combined radio networks. 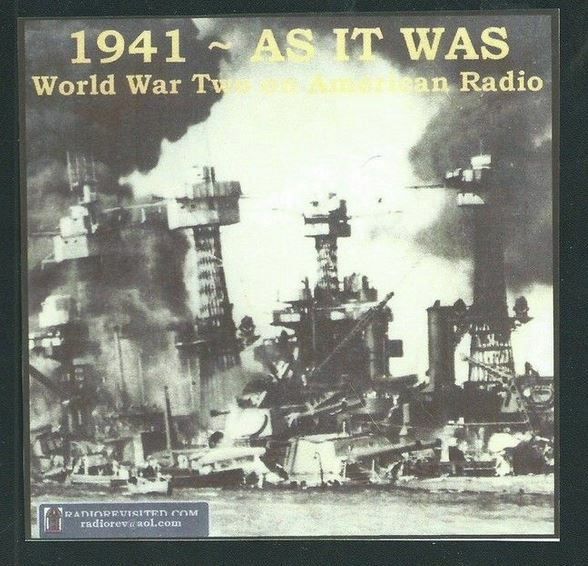 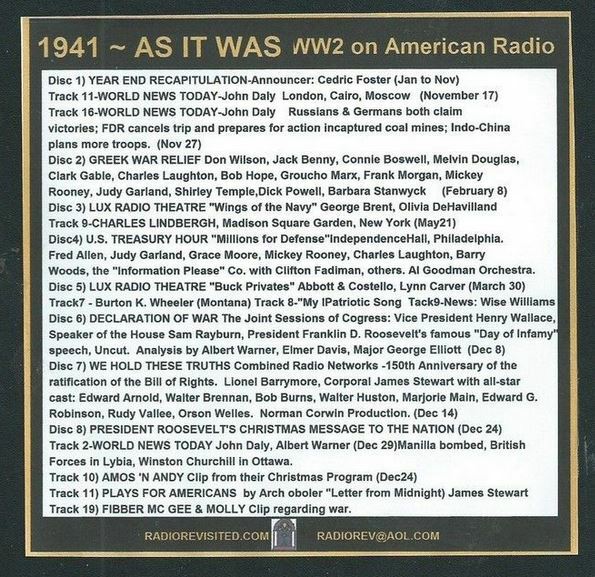