This is a newly discovered radio appearance for Mr. Stewart. The following article from The Pittsburgh Press (October 12, 1947) says that Governor James Henderson Duff and Stewart would appear the following day, October 13th, to launch “Pennsylvania Week.” 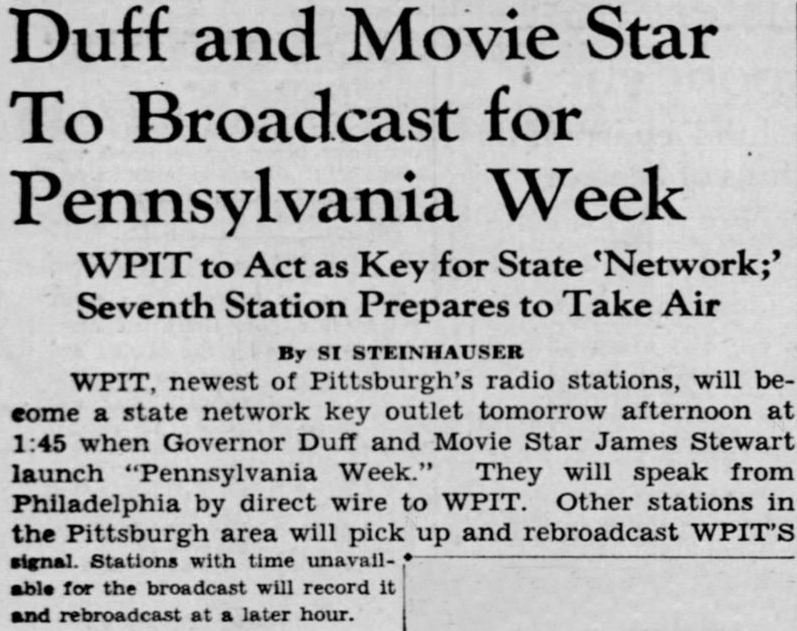 No audio for the broadcast appears to have survived.

In 1952, Stewart recorded a one-minute spot announcement for “Pennsylvania Week.” You can read about and listen to this here.