This program, broadcast August 1, 1946, is not available. All that is known about the show has been deduced from various newspaper articles. This first preview is from The Circleville Herald, Circleville, OH. 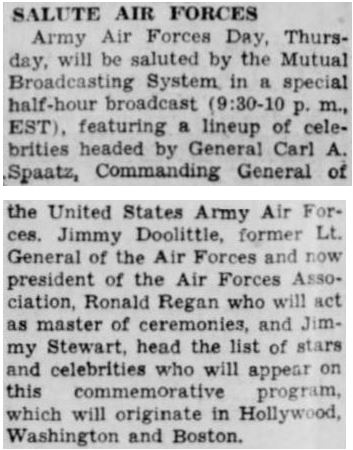 It tells us that the program was broadcast on the Mutual Broadcasting System from 9:30-10 p.m. eastern time. Parts of the show originated from Boston, Hollywood and Washington. Ronald Reagan was the master of ceremonies for the program. Besides Jimmy Stewart, the other guests were General Carl A. Spaatz, the Commanding General of the United States Army Air Force and Jimmy Doolittle, a former Lt. General of the Air Forces and currently president of the Air Forces Association. 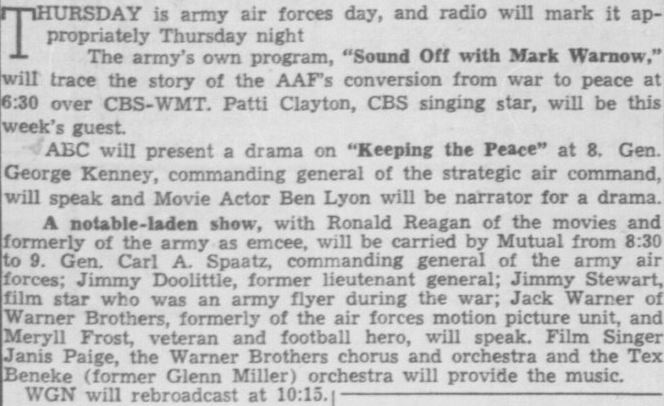