Although no soundtrack album was issued at the time of the film’s release, there were many 10-inch, 78 rpm, singles issued. Five of the film’s songs were released, including Easy to Love, Hey Babe Hey, I’ve Got You Under My Skin, Rap Tap on Wood and Swingin’ the Jinx Away.Most of the music included here has been recorded from 78 RPM recordings. Many have more snap, crackle and pop than a case of Rice Crispies, so the sound quality may leave much to be desired in some cases. Among the 1936 recordings, in alphabetical order, were: 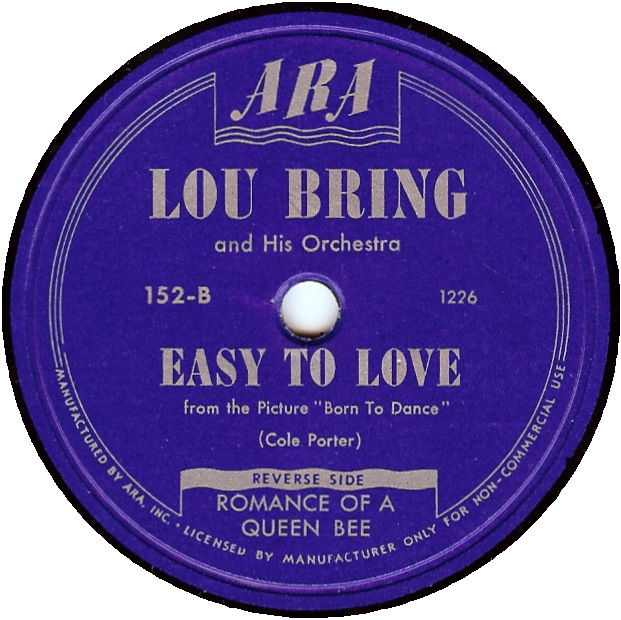 Putney Dandridge and his Orchestra – Easy to Love (Vocalion 3351) 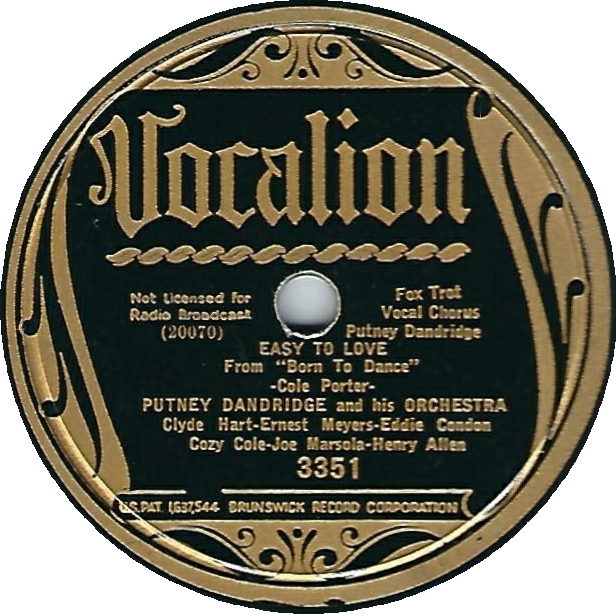 Shep Fields and his Rippling Rhythm Orchestra – Easy to Love (Dick Robertson, vocals)/I’ve Got You Under My Skin (Bluebird 6592) 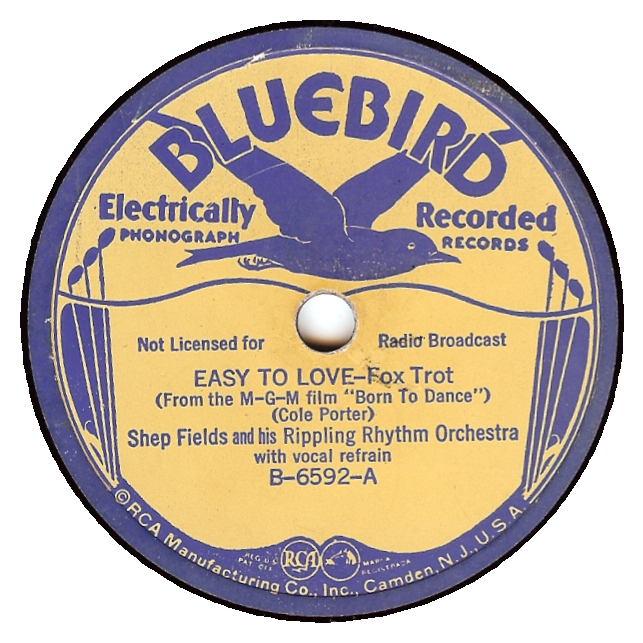 Easy to Love entered the Billboard chart on October 31, 1936. It was on the chart for two weeks and peaked at #13. 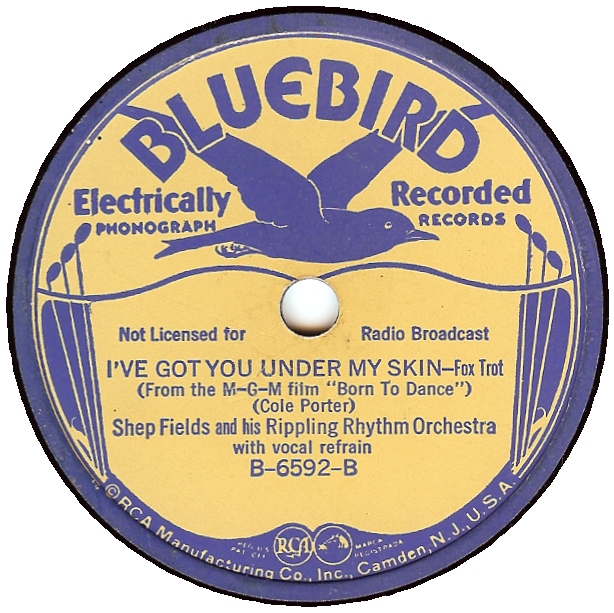 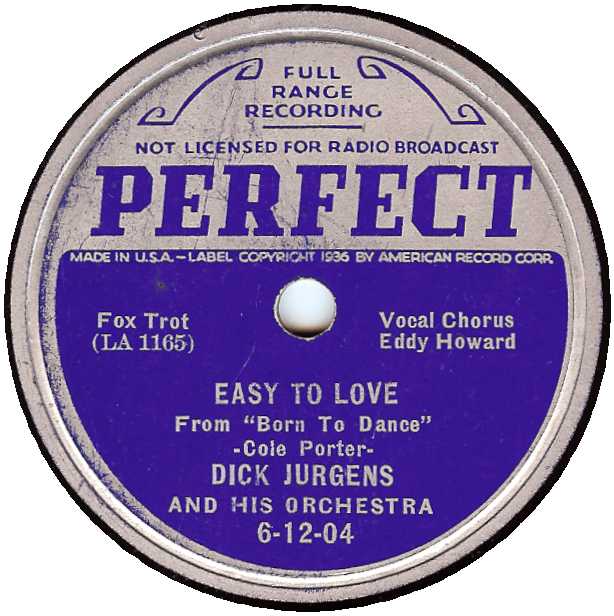 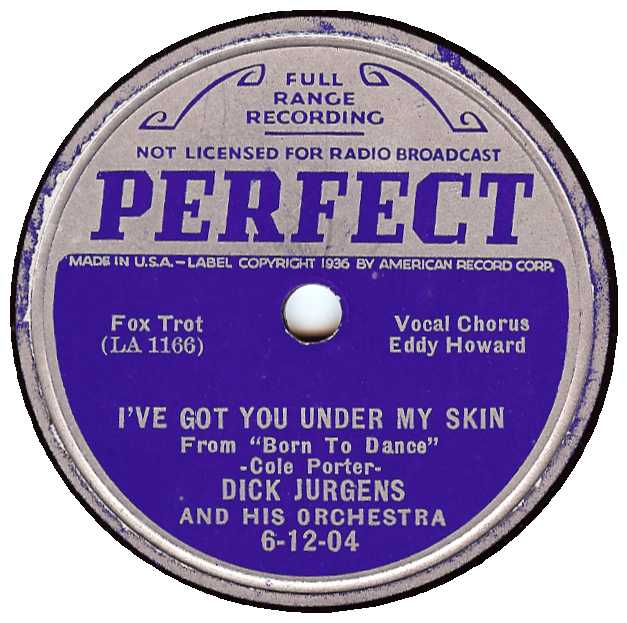 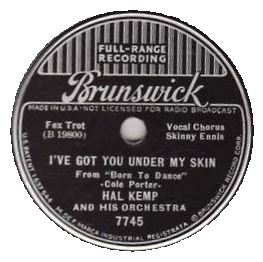 I’ve Got You Under My Skin, with Skinny Ennis on the vocal chorus, entered the Billboard chart on October 24, 1936. It remained on the chart for seven weeks, peaking at #8. 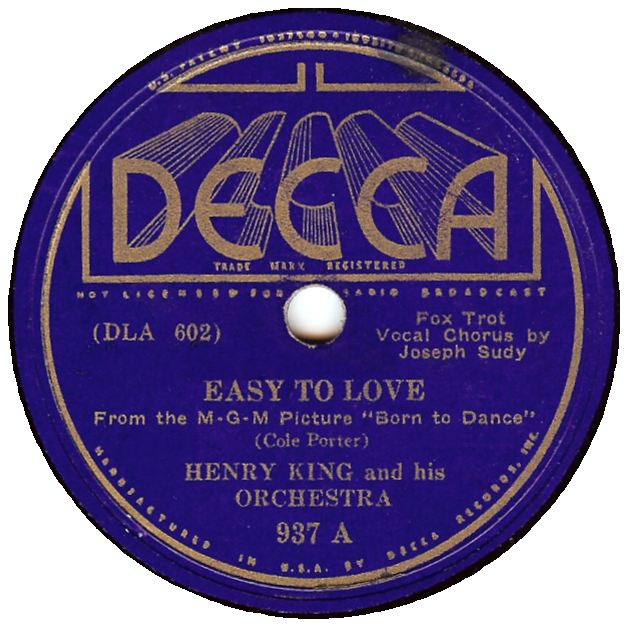 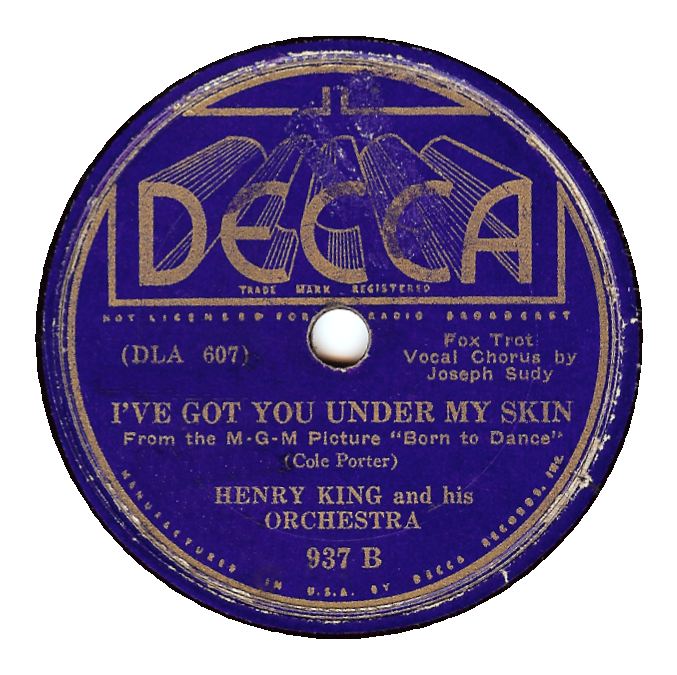 Ray Noble and his Orchestra, Vocal Refrain by Al Bowlly – Easy to Love/I’ve Got You Under My Skin (Victor 25422) 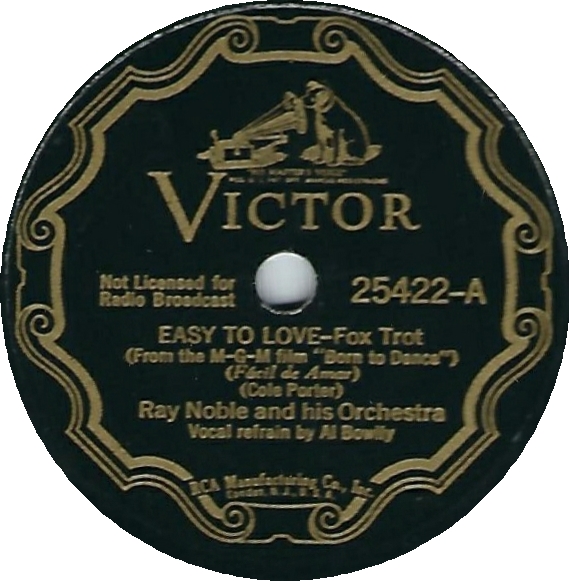 Easy to Love entered the Billboard chart on December 19, 1936. It was on the chart for nine weeks, peaking at #7. 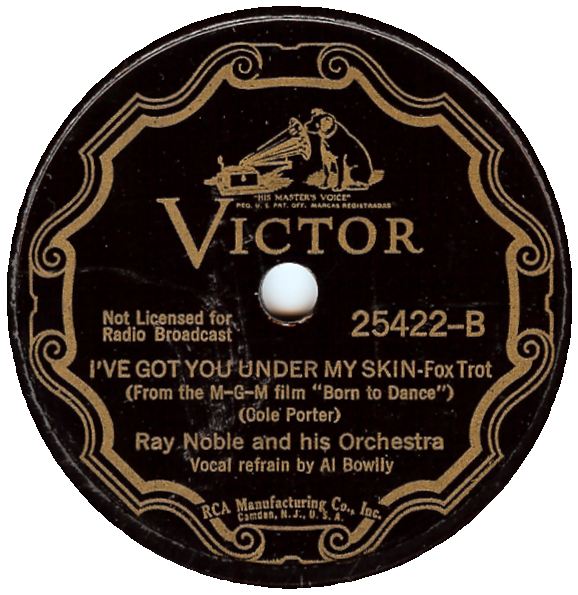 I’ve Got You Under My Skin entered the Billboard chart on December 5, 1936. It peaked at #3 and remained on the chart for 13 weeks. 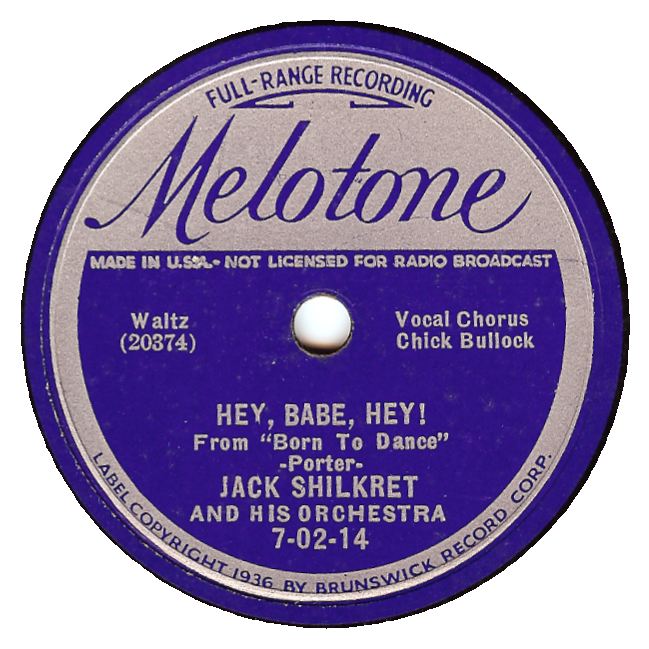 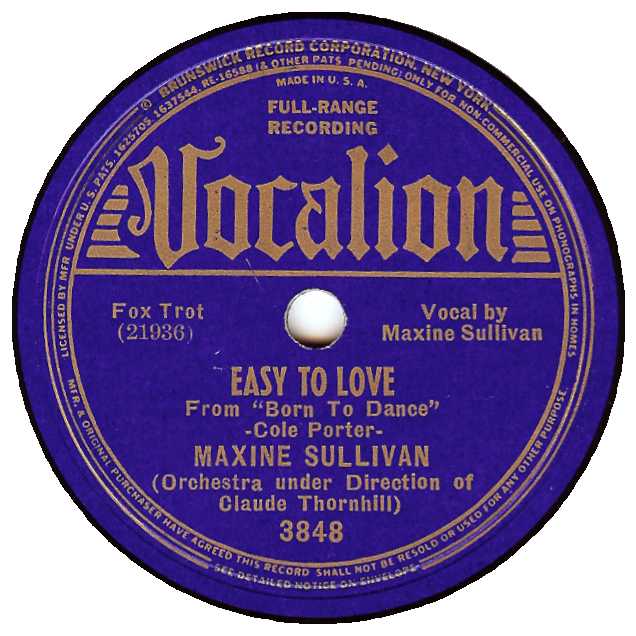 Tempo King and His Kings of Tempo with Queenie Ada Rubin at the Piano, Vocal Refrain by Tempo King – Swingin’ the Jinx Away (Bluebird 6643) 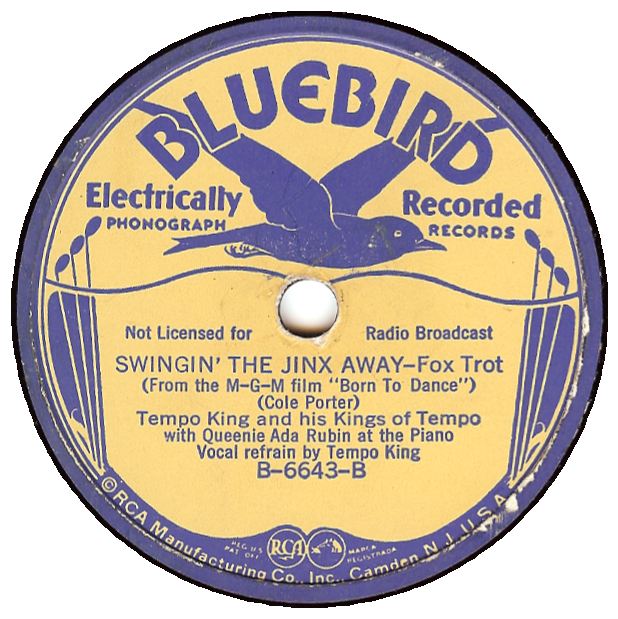 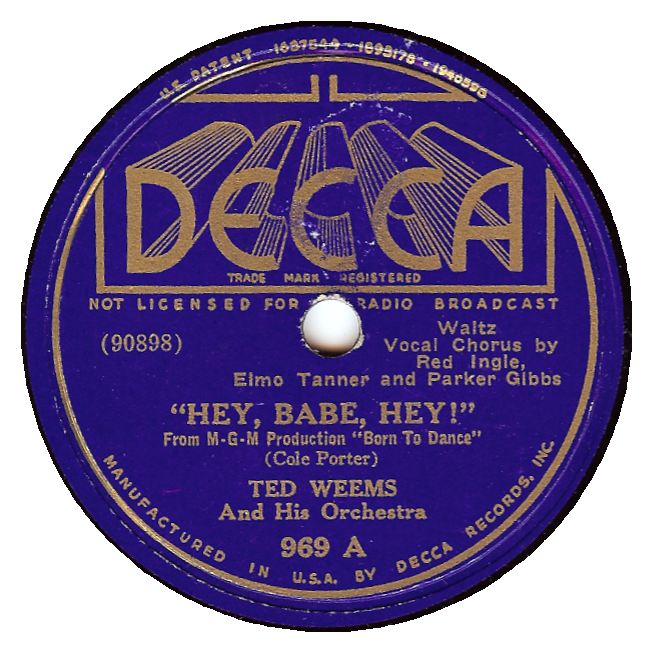 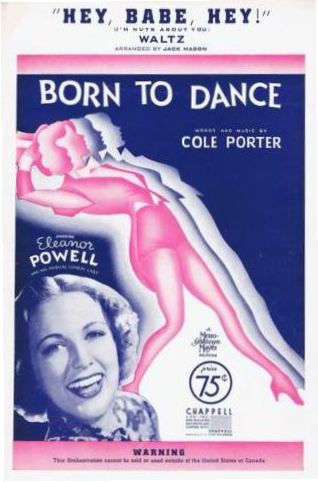 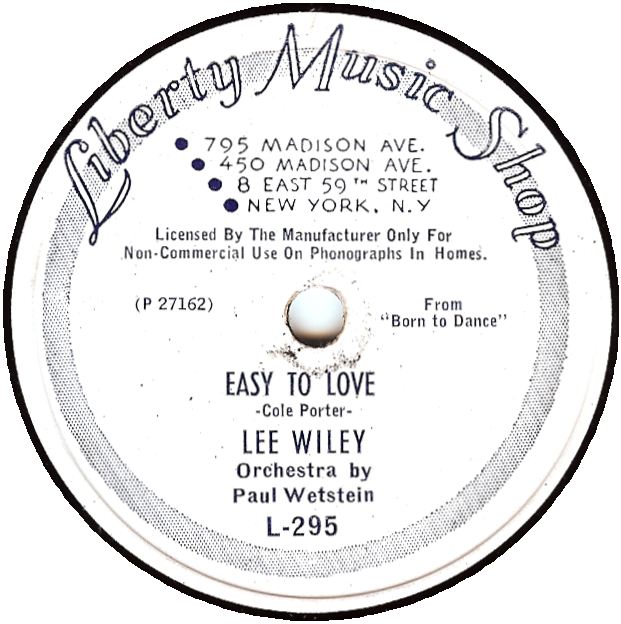 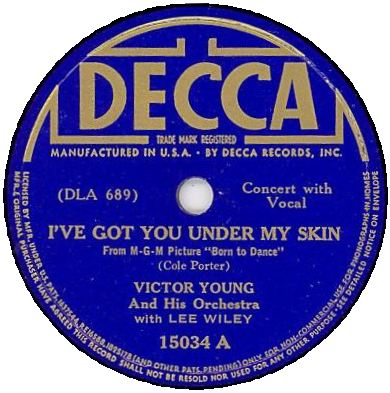 Although we haven’t located a recording of Rolling Home, we have found a copy of the sheet music: 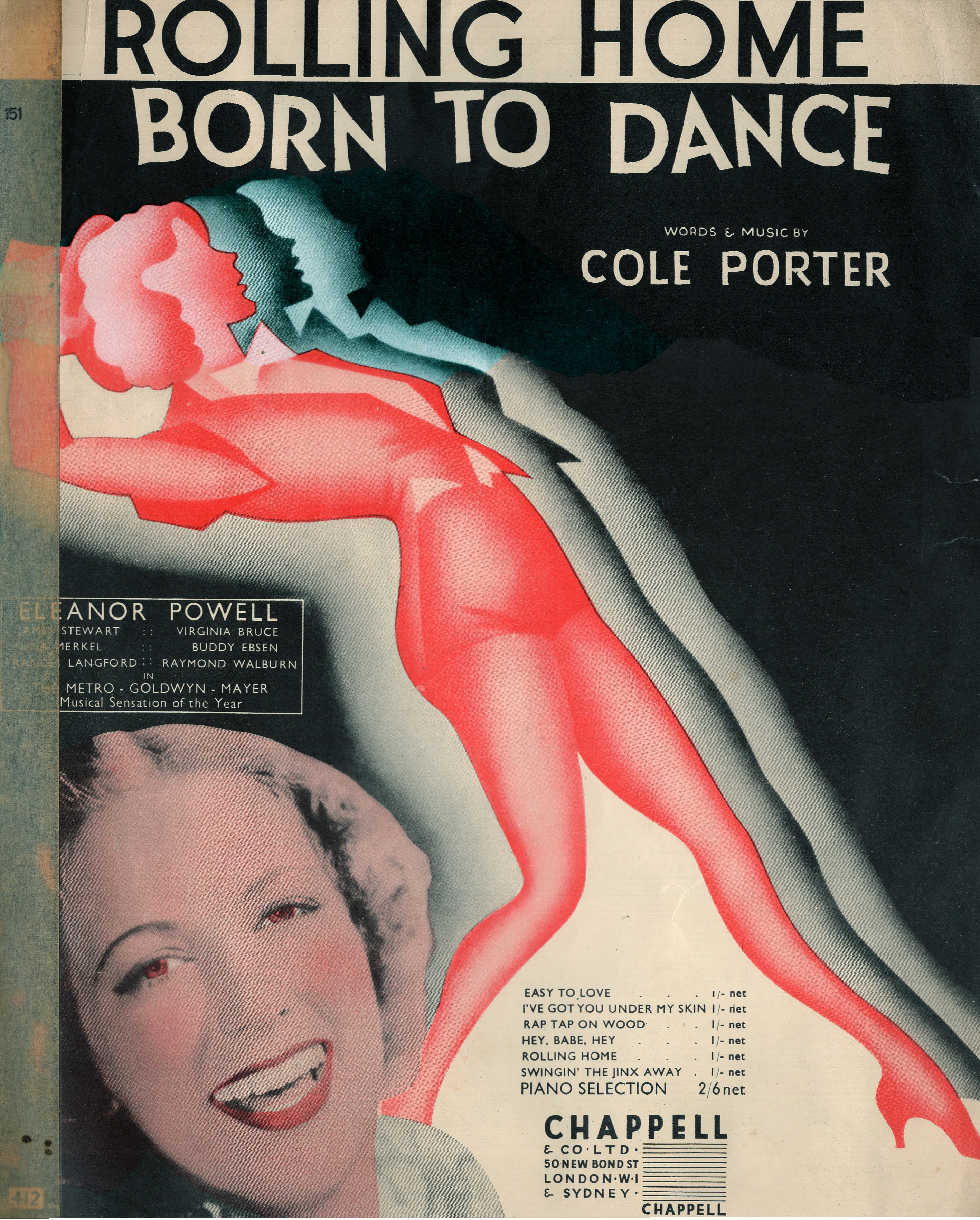