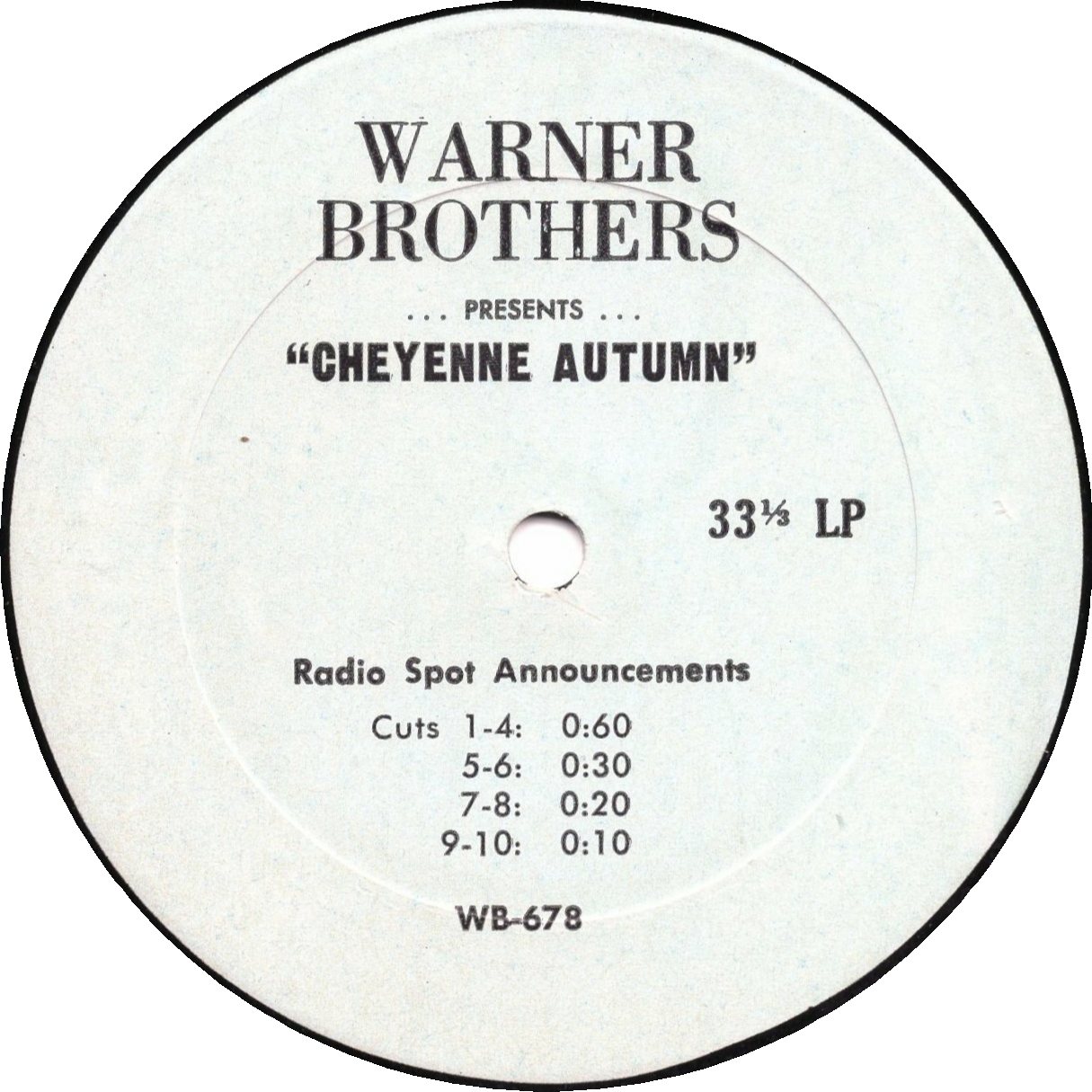 A total of ten spots of varying lengths were included on the disc. Mr. Stewart’s voice is not heard on any of the spots, but he is mentioned by name in all but the final cut. Many of the other stars are also mentioned, including Richard Widmark, Carroll Baker, Karl Malden, Sal Mineo, Ricardo Montalban, Dolores del Rio, Arthur Kennedy and Edward G. Robinson.

In all four of the 60-second spots, we hear “and James Stewart as Wyatt Earp.” He is the only star whose role is mentioned.