We recently added this 6-disc, 78 RPM set of the Lux Radio Theatre’s broadcast of June Bride to our collection. The show starred Jimmy Stewart and Bette Davis and was broadcast on August 29, 1949. 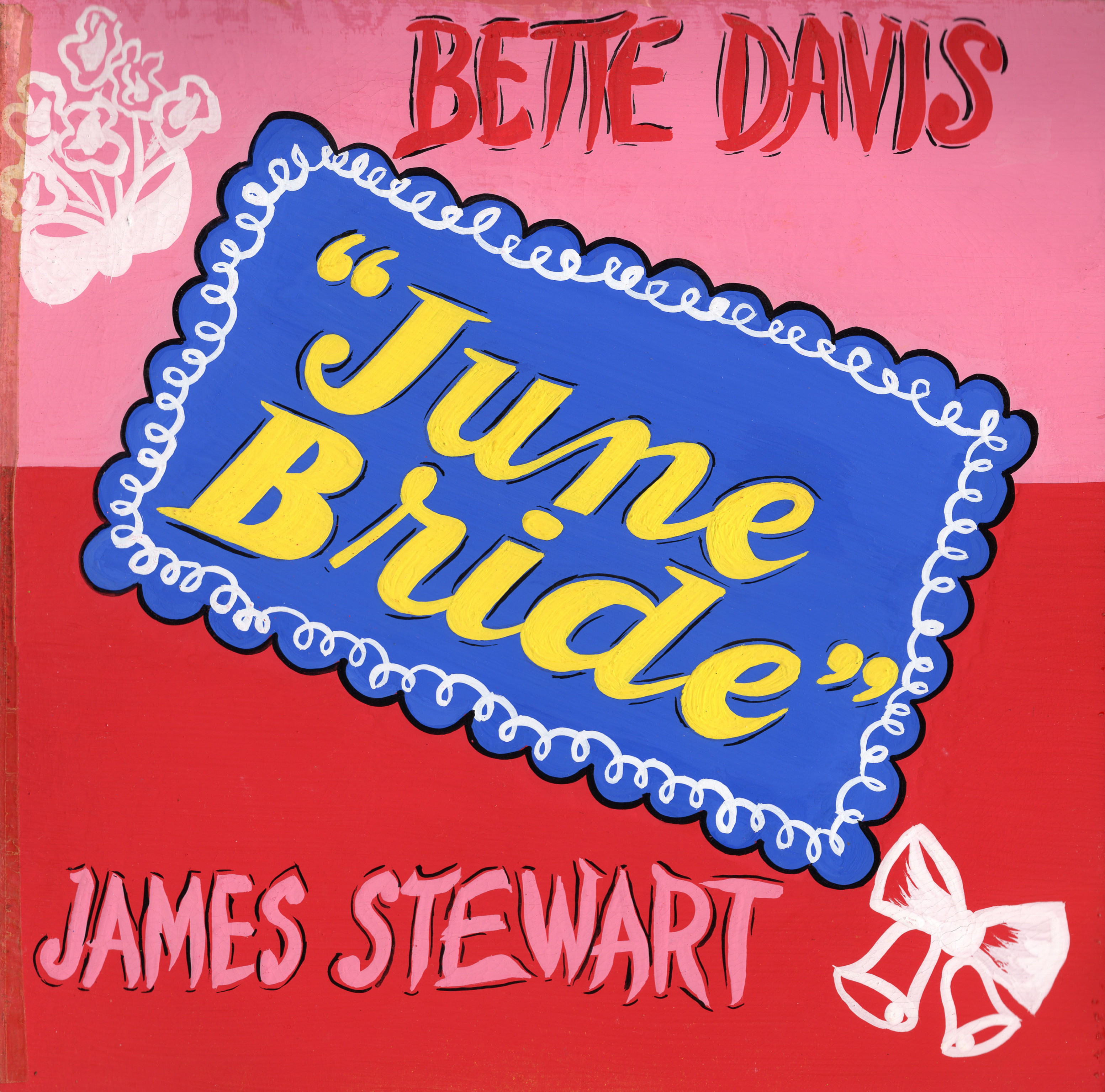 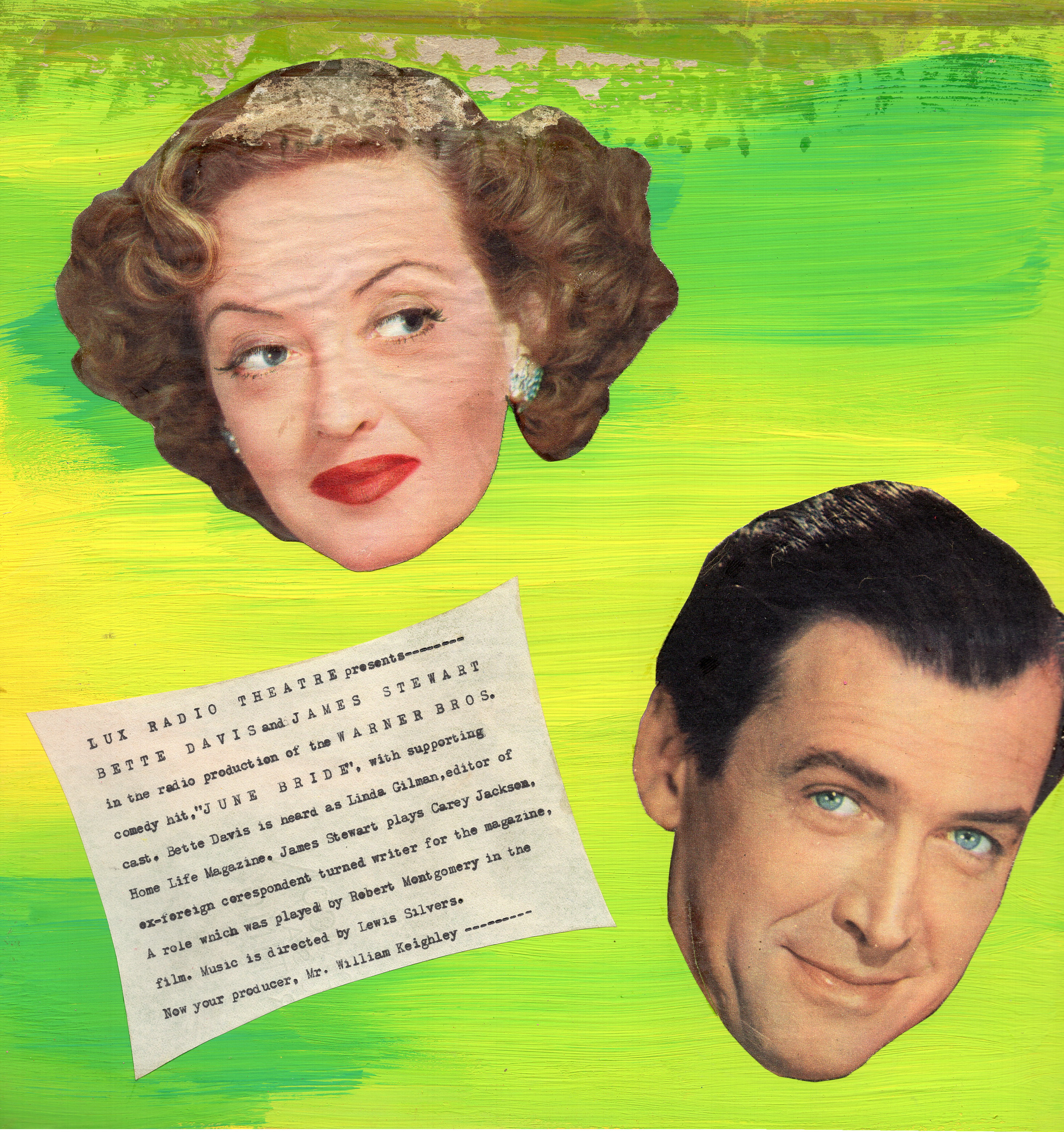 The 12 record labels are all basically the same, except for the “a” or “b,” the side of the record and the hand-written “AL number at the bottom. This number is different for each disc, beginning with 277 and ending with 282. Each disc is also marked Part 1 through Part 12. 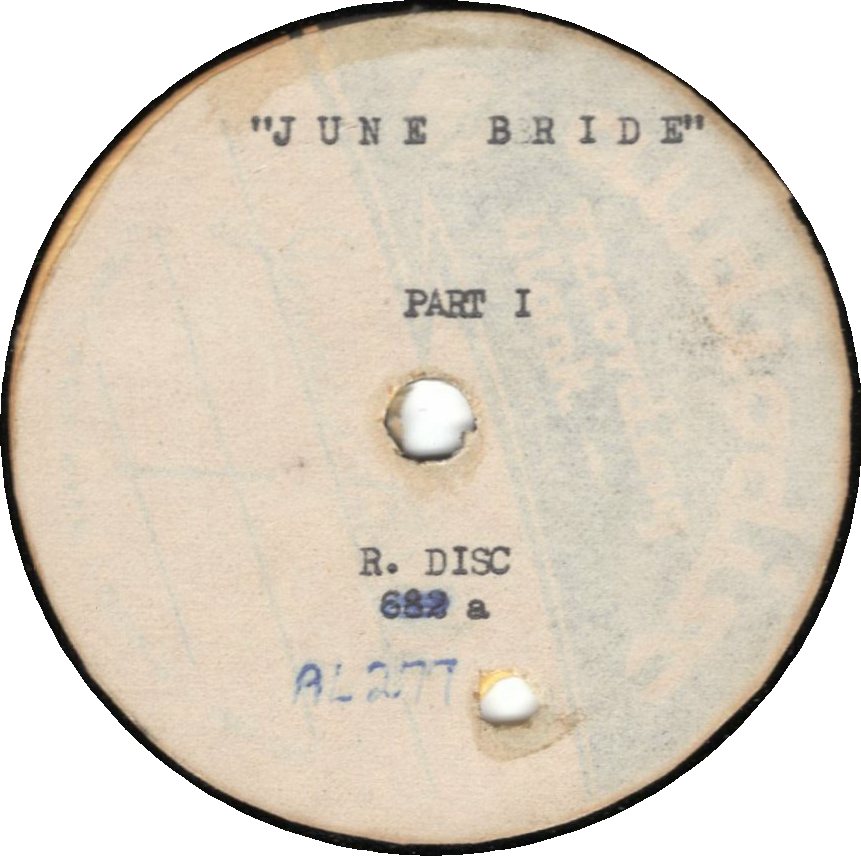 The recording on the discs is of good quality, but because each side has only about 5-minutes of the 60-minute show, the pauses to change sides and discs are annoying.

Although this set was sold as a “promo,” it appears to be a homemade set. It probably was made by the same person(s) who made the On Our Merry Way soundtrack package (see “On Our Merry Way – Soundtrack Music”). Both use the “AL” numbering system on the record labels. Whatever the source, it is most likely a one-of-a-kind set.