Jimmy Stewart and Jane Wyman had starred in the 1947 film, Magic Town, as Rip Smith and Mary Peterman. On December 15, 1947, they reprised those roles for the Sanford H. Barnett radio adaptation for the Lux Radio Theatre. The show was produced and hosted by William Keighley and directed by Fredric MacKaye. John Milton Kennedy was the announcer.

Miss Wyman and Stewart posed for this publicity photo: 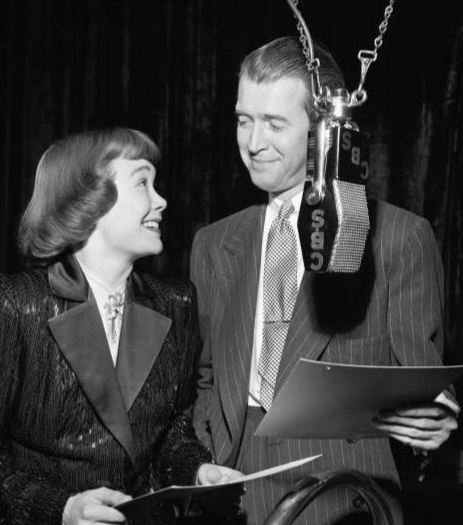 The photo was also used as the cover for the April, 1948, issue of Sponsor magazine: 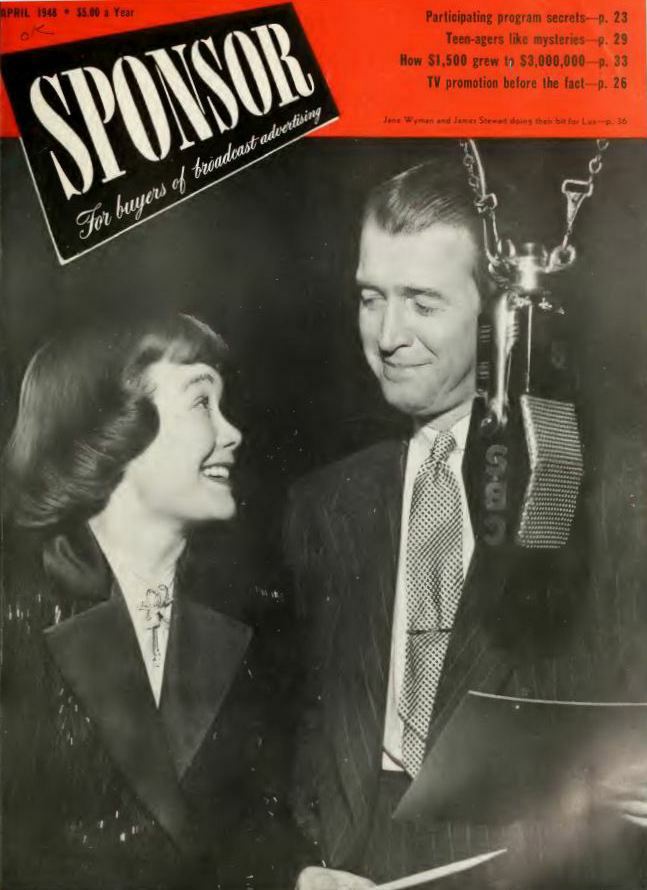 A different photo was used for this ad appearing in the February 23, 1948, edition of Broadcasting magazine: 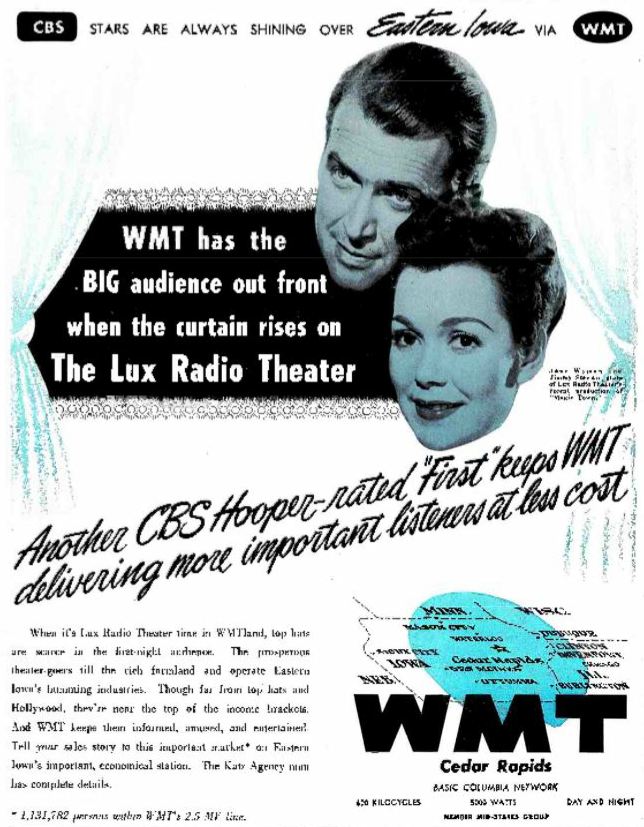 Several newspaper ads featured other photos, including the pair below from The Bakersfield Californian, Bakersfield, CA, and the Wisconsin State Journal, Madison, WI. 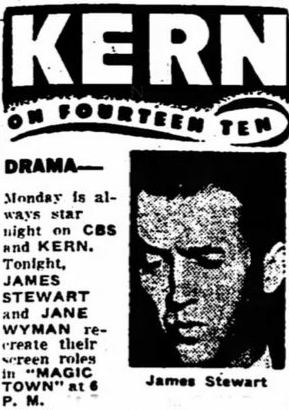 Other newspapers, like the Mason City Globe-Gazette, Mason City, IA, ran previews only.

The other cast members included:

Seen below is another publicity photo for the show, this one featured Stewart going through his script in front of the CBS microphone. 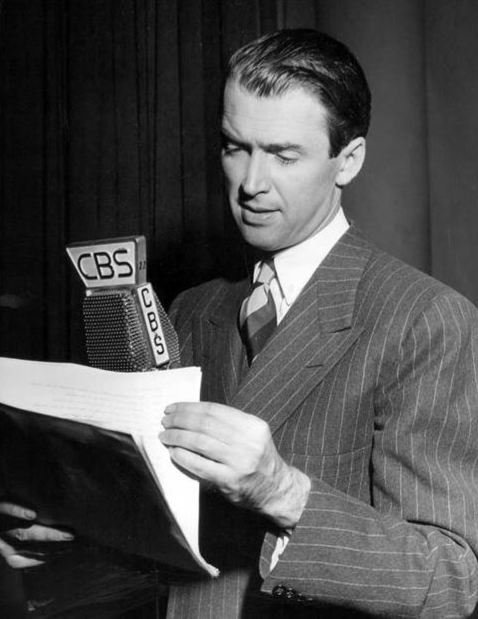 Here, presented in its original three acts, is Magic Town.

Here’s a newly found listing from the December 14, 1947, edition of Radio-Life.