This cassette, issued by DWG, contains three Suspense programs, including one which starred Jimmy Stewart. The Armed Forces Radio Service (AFRS) version of The Rescue, broadcast April 19, 1951, is the Stewart show. The regular broadcast version of this show doesn’t seem to be in general circulation. 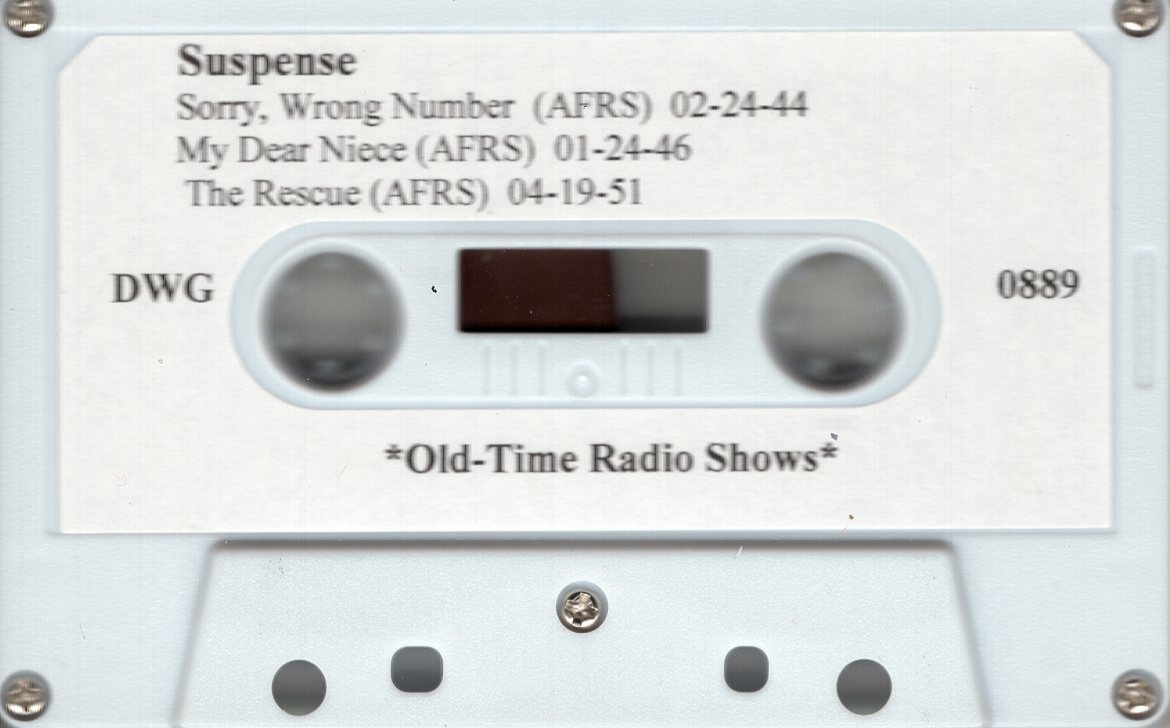 Clicking on “The Rescue” below will take you to the original blog where you can listen to the show.