Jimmy’s first appearance on The Jack Benny Show came on Sunday, January 9, 1949, in an episode called Lunch at the Brown Derby. The CBS program was broadcast from 7 to 7:30 p.m. The Benny show, having been on the air for many years, usually didn’t get more than a mention in the radio listings because fans knew when and where to tune in. This one appeared in the New York Times:

In this episode, Jack goes to the Brown Derby for lunch and runs into Jimmy Stewart. He tries to talk Jimmy into starring in a new film he is producing. Jack tries a series of tricks to get Stewart to agree, but he is unsuccessful. 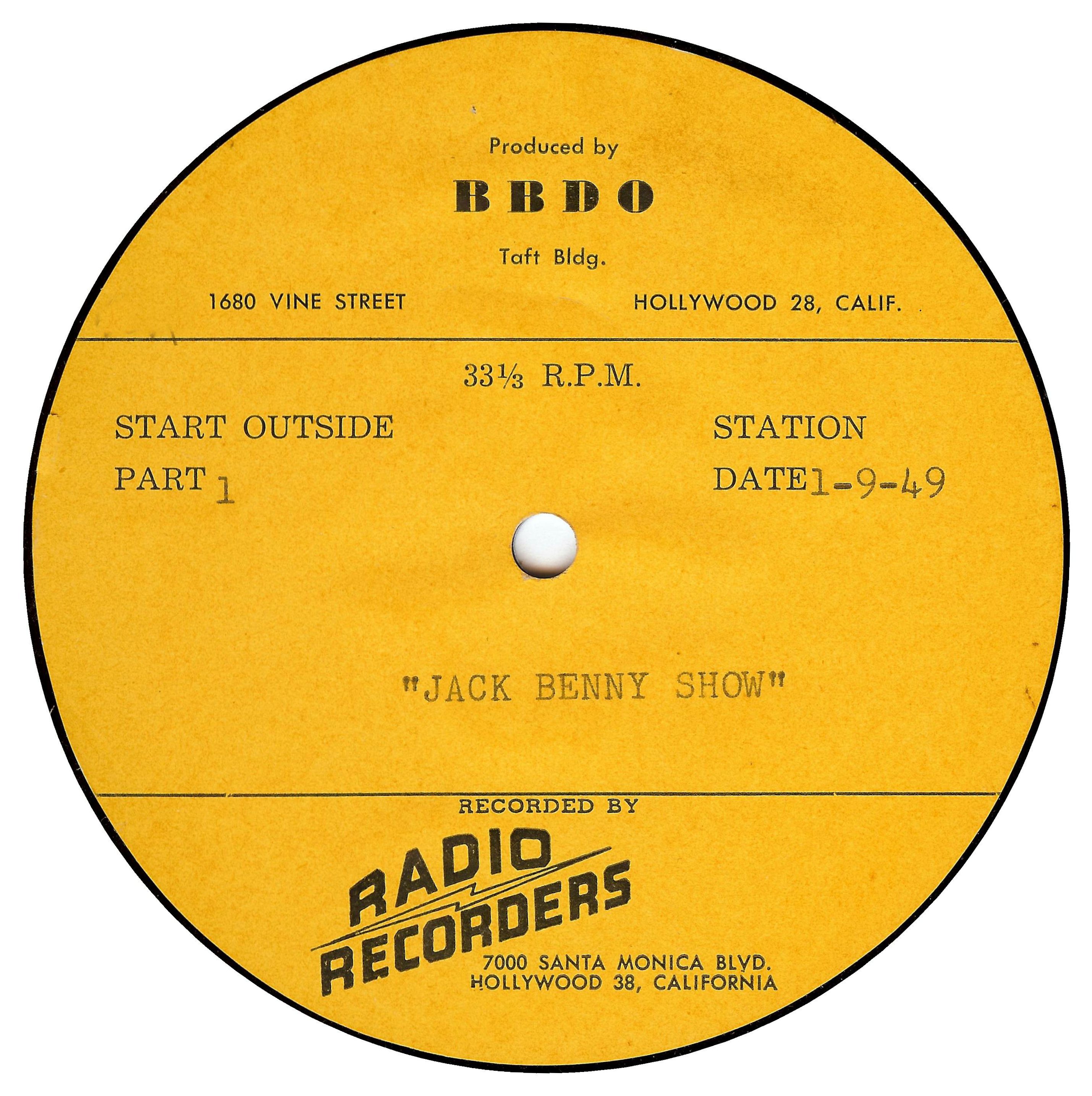 Here’s a photo from the early 1940’s show Jack, Jimmy, Mary  and Henry Fonda. Jimmy and Fonda were on leave from their military commitments and made a visit to the show. 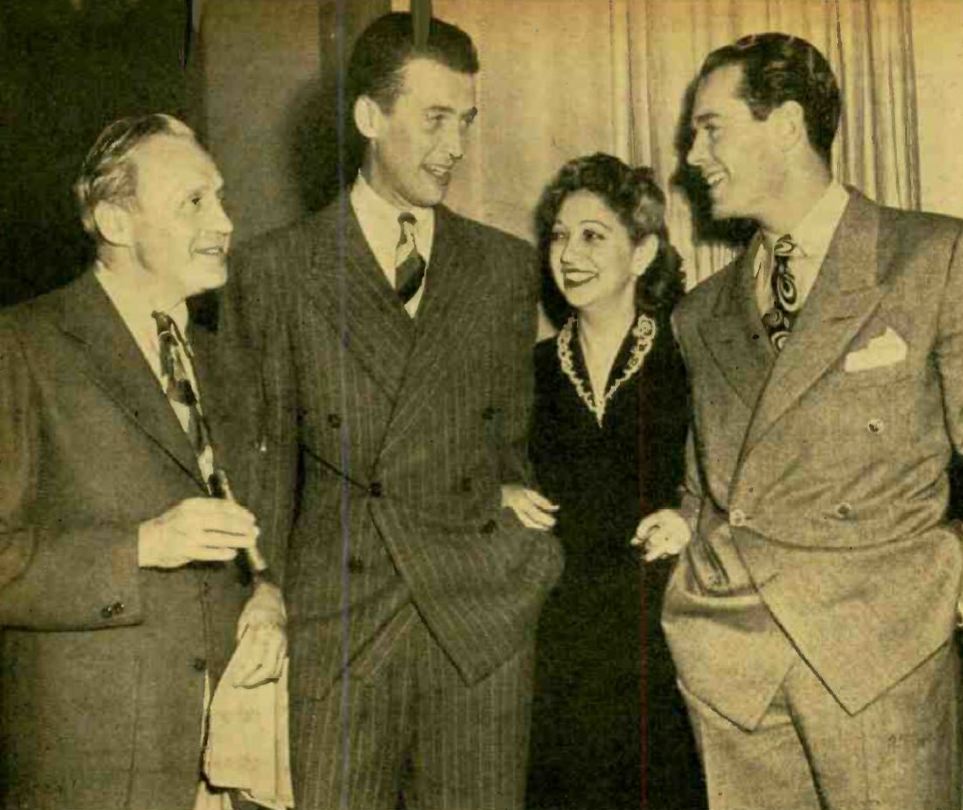 Here’s a column called “Best Gags of the Month” Which we recently spotted in the May, 1949, edition of Radio & Television Best magazine. It features a joke from this Benny show.