This is a new radio show that we only became aware of a few weeks ago. At the same time, in another form, it is a show of which we have been aware since our research began.

This Is the Story is an Armed Forces Radio Service (AFRS) program which was a part of their Post-War Information Library. It began airing in 1945. According to the AFRS, the discs were “For use by appropriate authorities of Army, Navy, Marines charged with re-orientation of armed forces to civilian life.” To achieve this purpose, commercially broadcast network shows from the war years were edited to fit the half-hour format of the show. Many of these programs have been available for some time, but No. 24 is a recent discovery.

This Is the Story No. 24 is taken from We Hold These Truths, originally broadcast on December 15, 1955, one week after the attack on Pearl Harbor, to mark the 150th anniversary of the Bill of Rights. The show featured many great stars of the day, including Jimmy Stewart, Orson Welles, Rudy Vallee, Dane Clark, Edward G. Robinson, Bob Burns, Walter Brennan, Edward Arnold, Lionel Barrymore, Walter Huston and Marjorie Main. It was written and produced by Norman Corwin and the original music was written by Bernard Herrmann. It was broadcast on all the major networks and an estimated 63 million people listened to the one-hour program.

In order to fit the half-hour format of This Is the Story, a good deal of editing had to be done. Much of the necessary time cuts were made at the beginning and end of the program. The opening of the original show, including Lionel Barrymore’s introduction was cut, trimming approximately four minutes from the running time. The final 11-minutes was also cut. This included a speech by President Franklin D. Roosevelt and the playing of the National Anthem by the NBC Symphony Orchestra under the direction of Leopold Stokowski. The remaining 15-minutes was removed by editing out short skits and speeches, especially from the last half of the program, all without affecting the flow or meaning of the program. 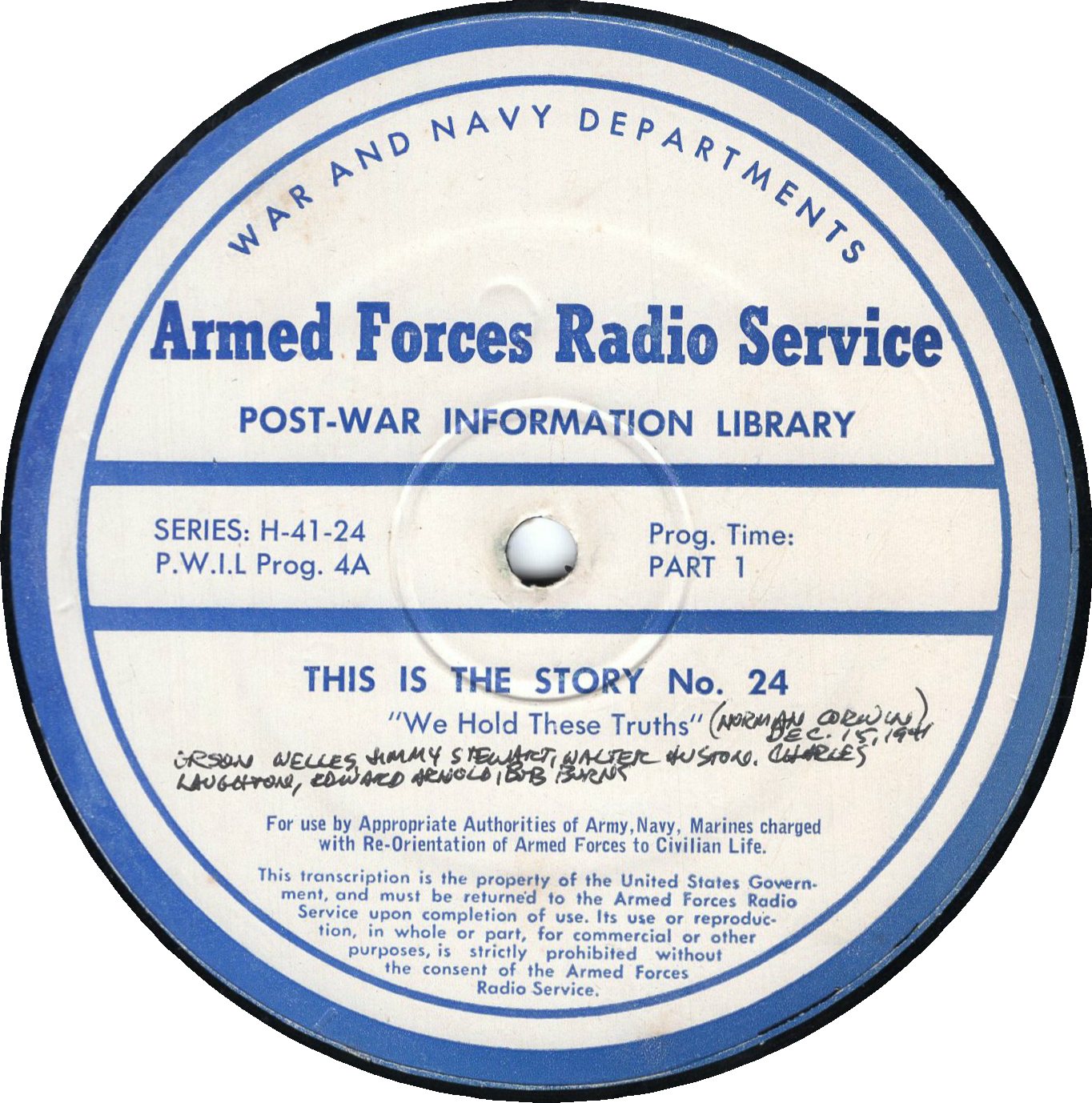 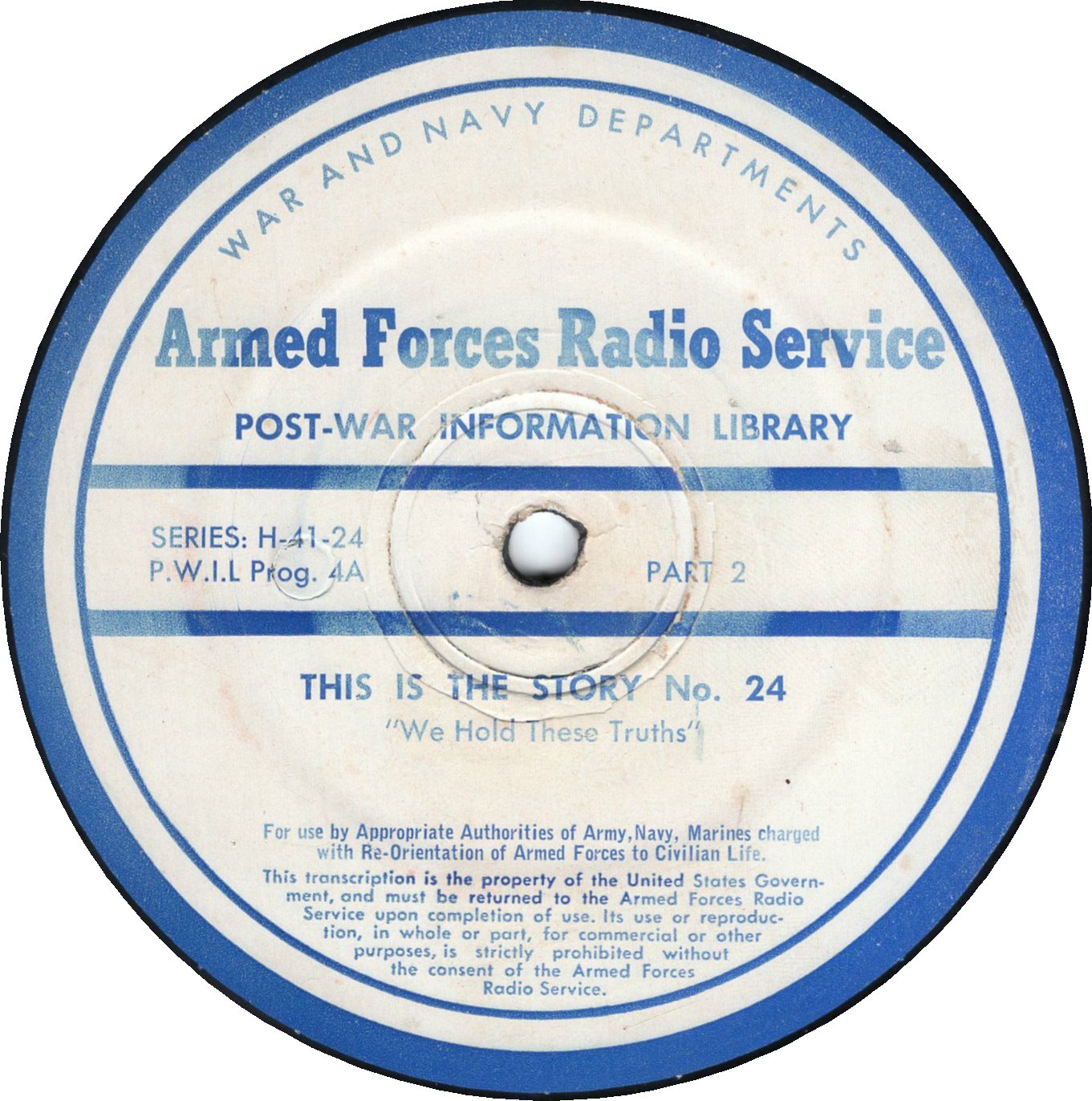