The album, Bob Hope and His Friends (King of Comedy Associates KOC-1226), was released in 1979. This was a special 3-record boxed set with a 47-page booklet of photos and information. 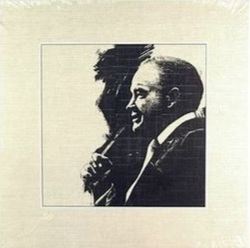 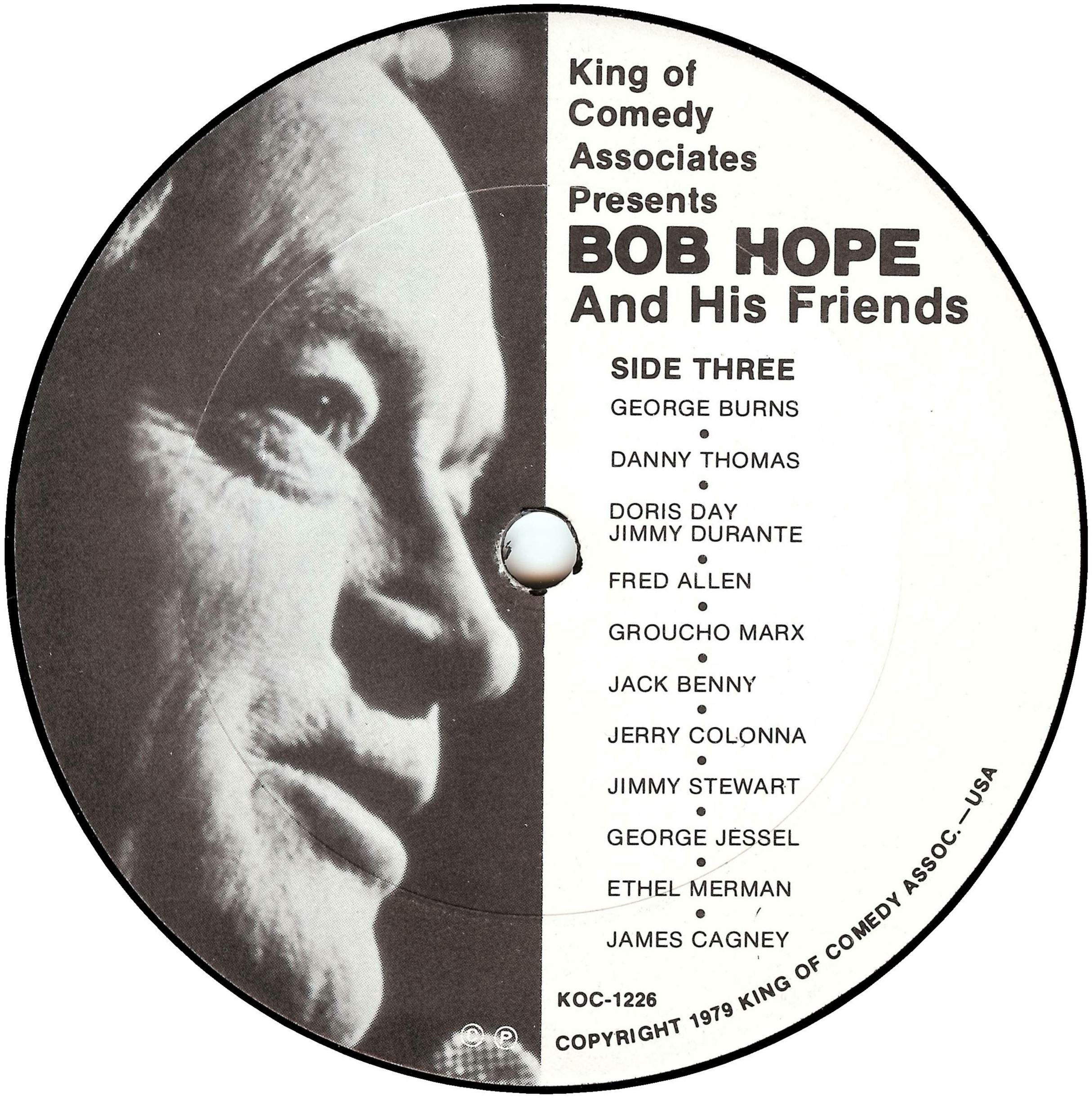 Stewart appeared on just one photo included in the booklet: 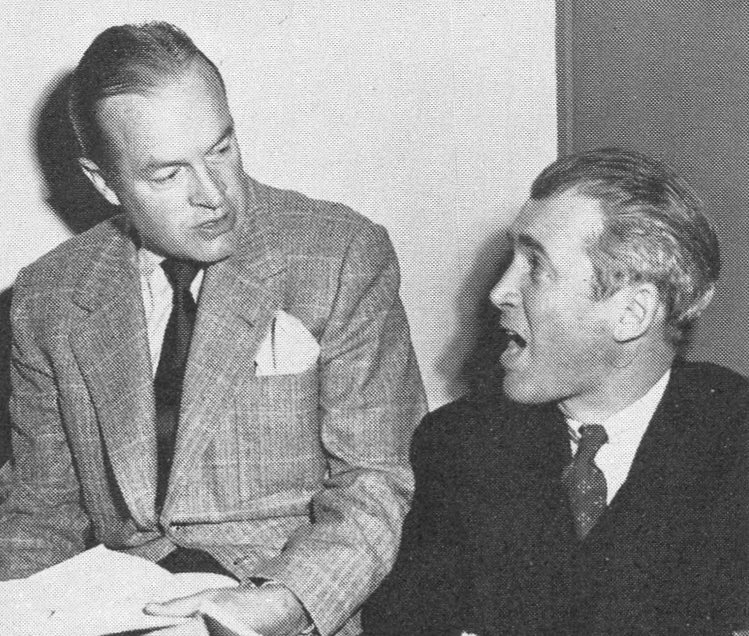 Stewart appeared on side 3 and his segment lasted just over 30-seconds: 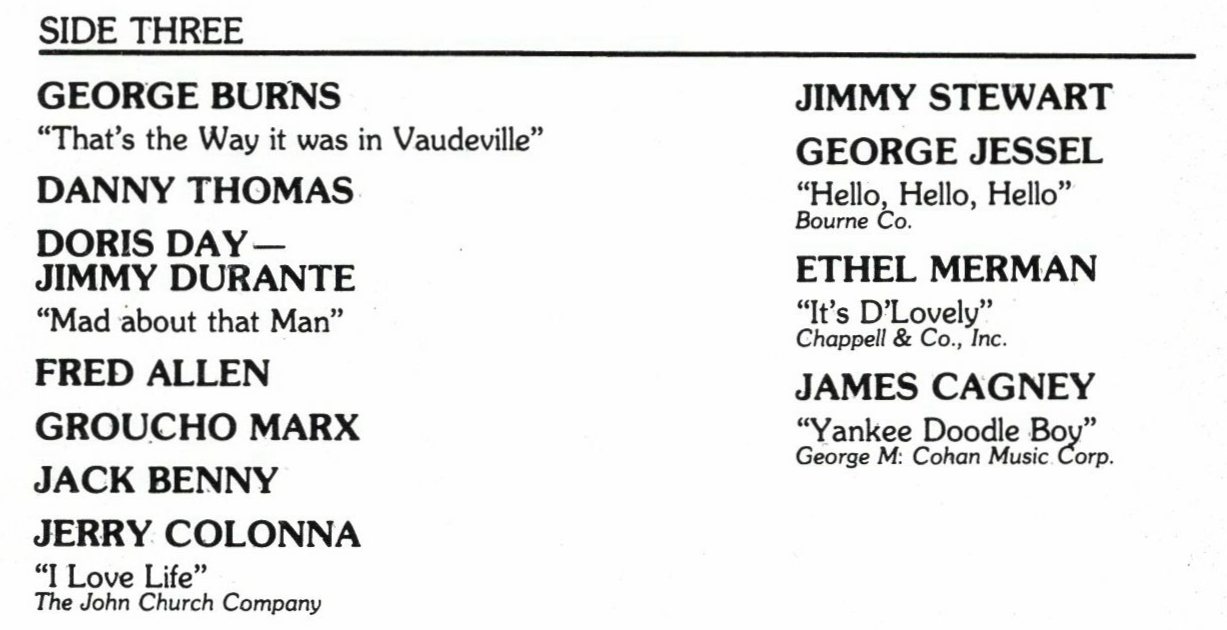 Stewart’s segment is from his radio appearance on The Bob Hope Show on April 22, 1953.