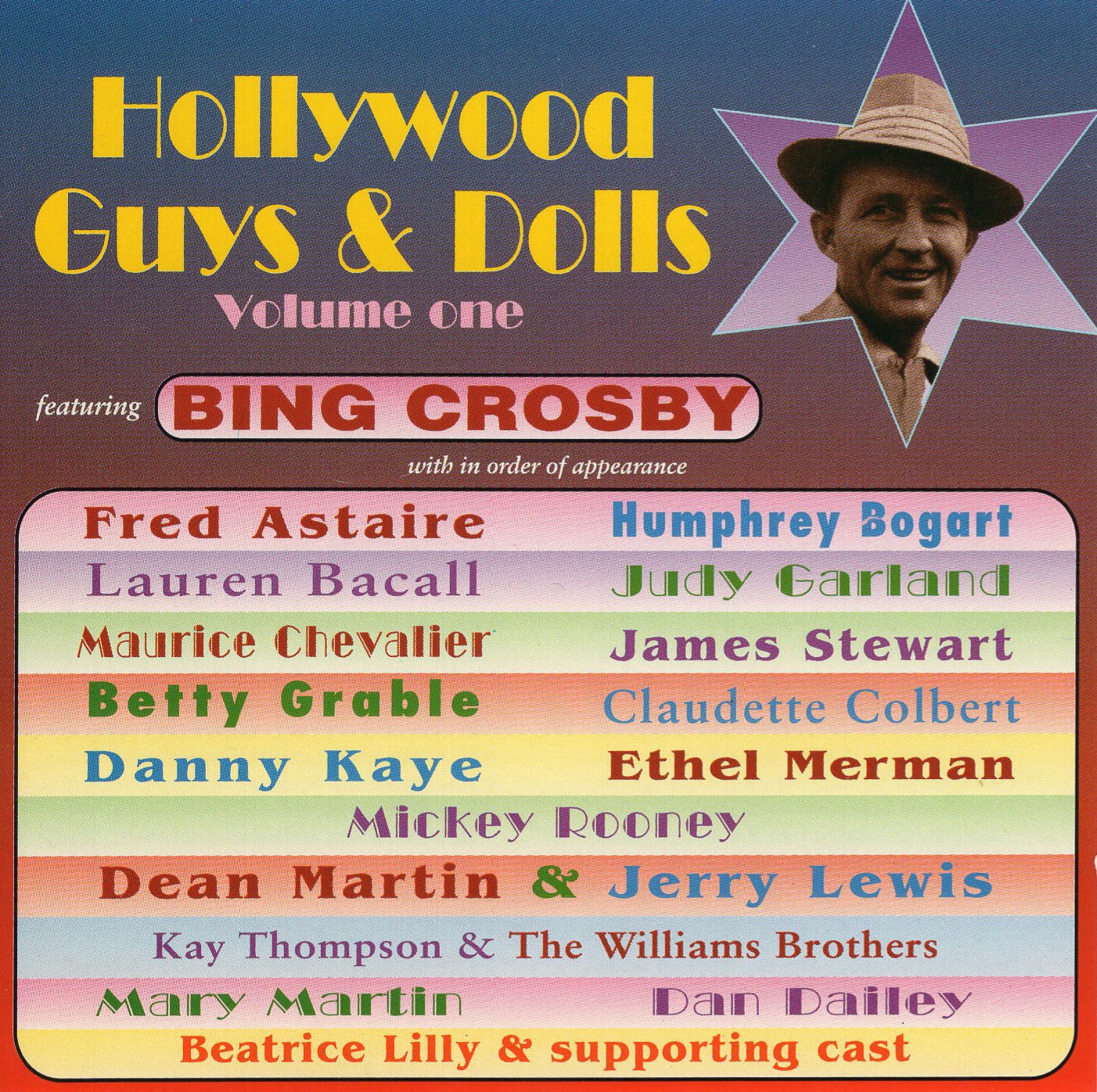 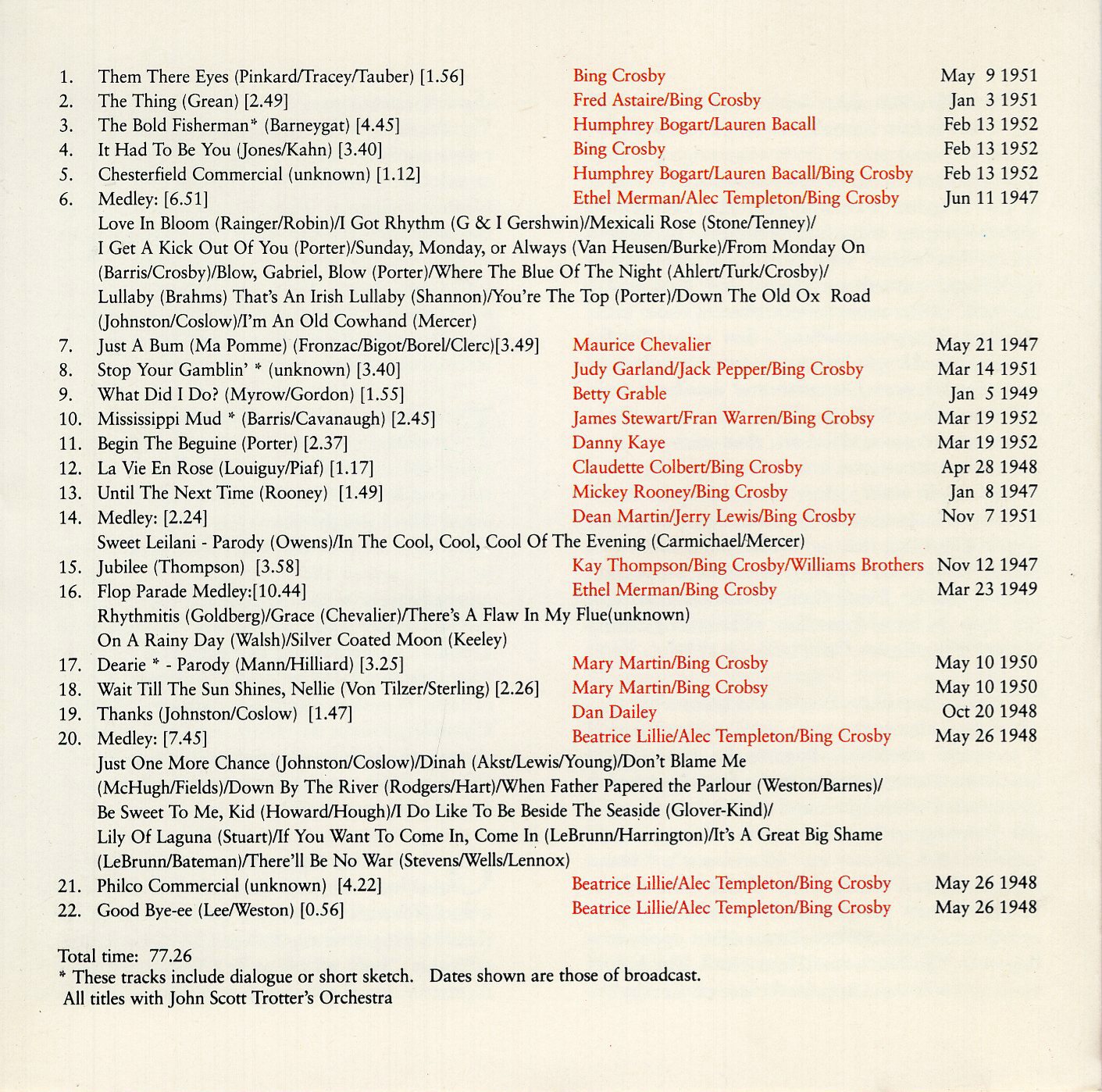 Track #10, Mississippi Mud, is from Jimmy’s appearance on the Bing Crosby radio show of March 19, 1952. He performs the song with Bing and Fran Warren. There is also about two minutes of dialogue from the show included before the song.

There also was a Volume Two in this series of CDs. In 1997, volume one and volume two were combined into a 2-CD set titled Bing Crosby and His Hollywood Friends (AVC 626). Both of these CDs are discussed in separate blogs entries.