When the Jimmy Stewart-Ginger Rogers film, Vivacious Lady, was released in 1938. This full page ad for the film appeared in the Motion Picture Daily on May 2nd of that year. 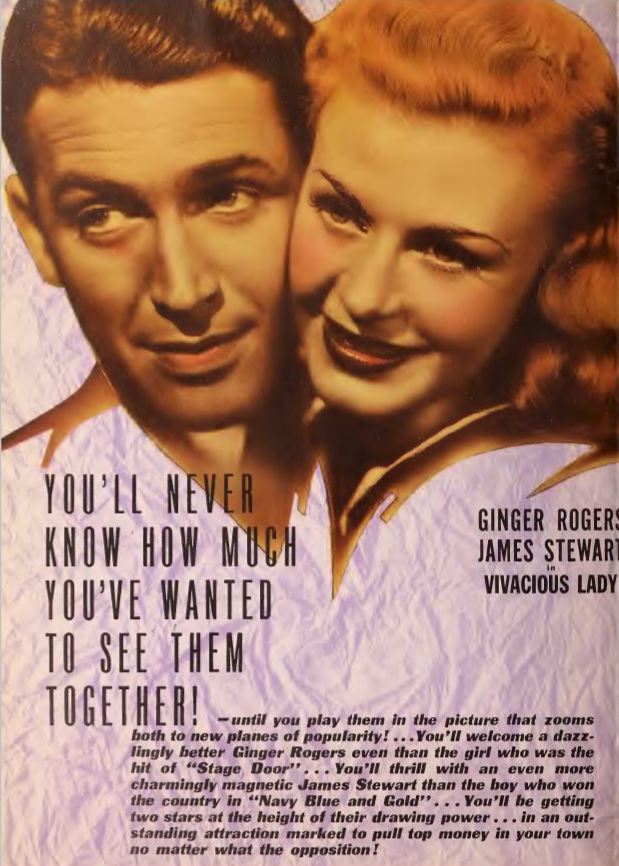 There were no official soundtrack recordings released. In the film, Ginger Rogers had sung the song You’ll Be Reminded of Me (George Jessel/Jack Meskill/Ted Shapiro). The song was also played in the background several times throughout the film. It was popular enough that sheet music, featuring a photo of Rogers and Stewart, was issued. 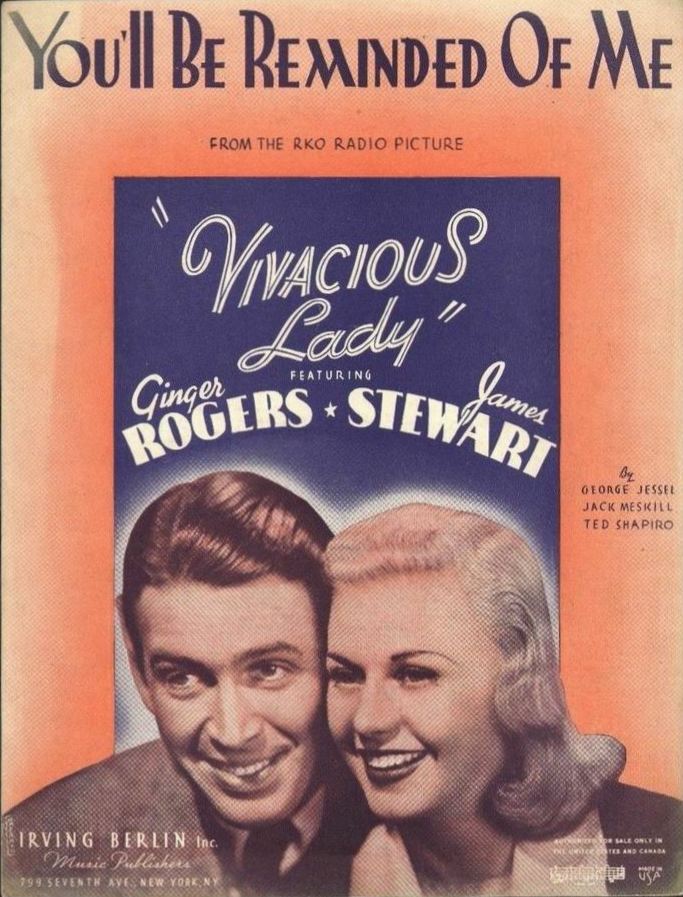 At least three 78 RPM recordings of the song were recorded and issued in 1938. These included: 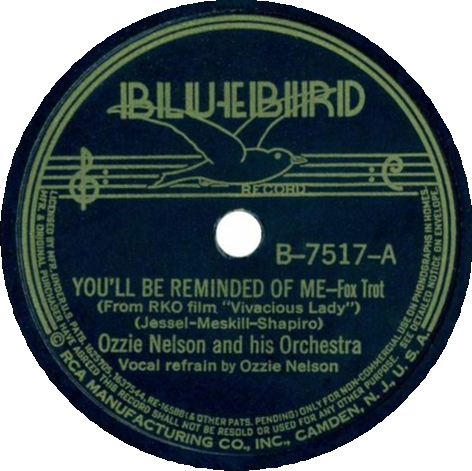 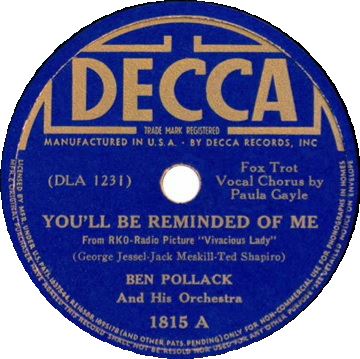 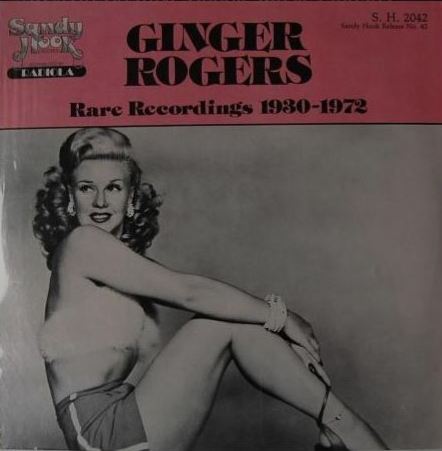 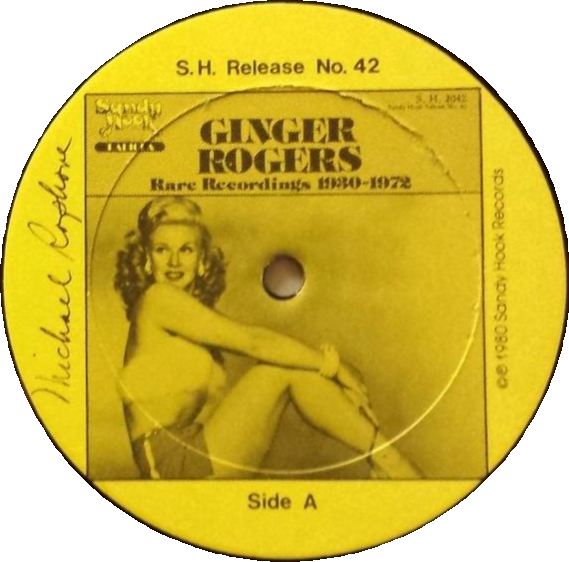 Recently came across this sheet music. Not exactly sure what it is, but notice that it is marked “For Professional Use Only.” It further asks to “Please announce title of production when Broadcasting the Number.” 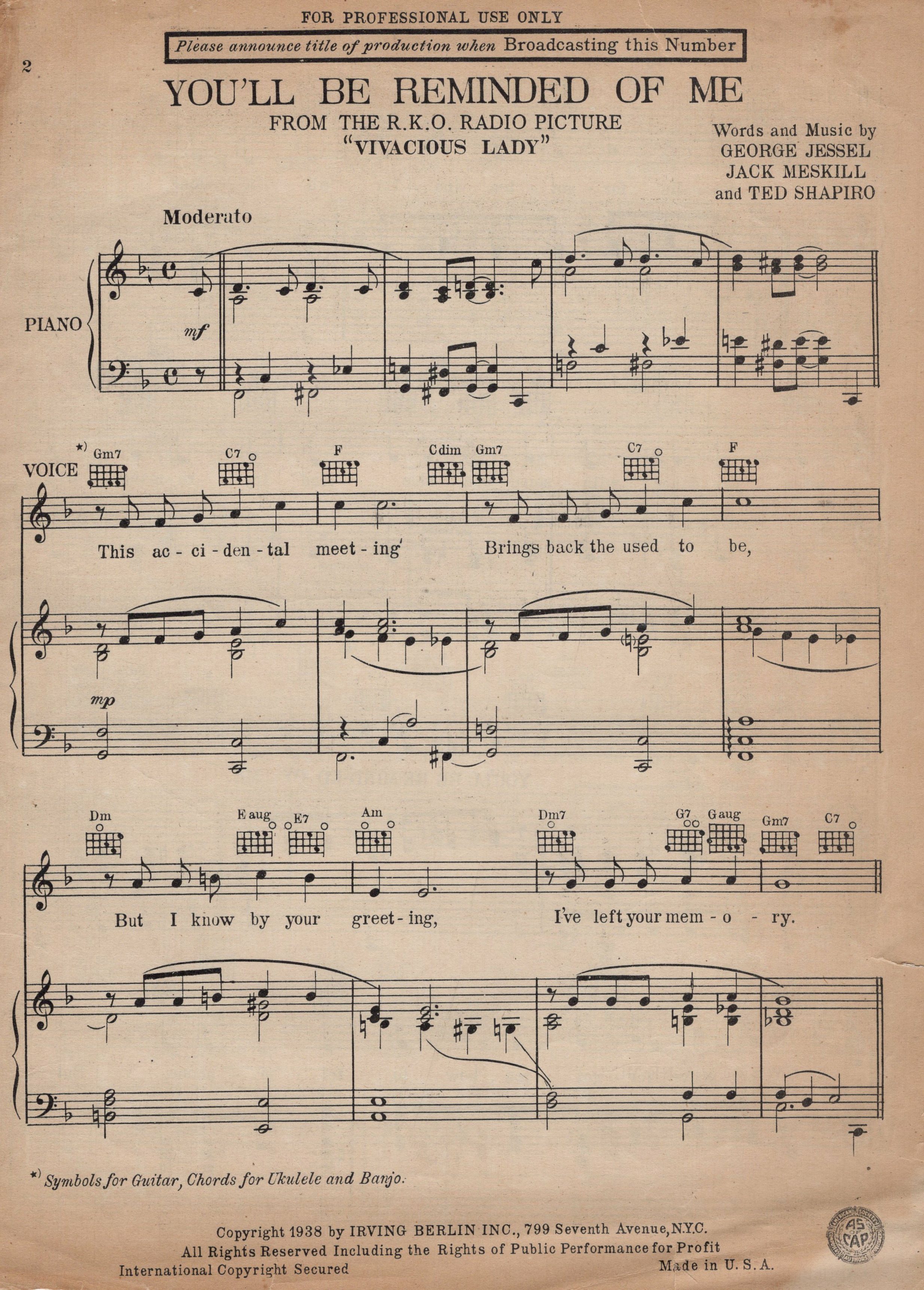