It took until 1958, but finally all four Stewart stories were released on one album, along with a fifth story, The Little Engine That Could, as told by Paul Wing, which filled out the disc. 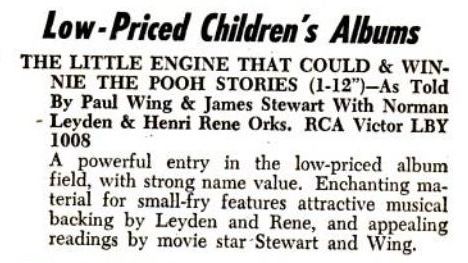 The album was released four separate times by RCA. Three of the releases had the same basic cover: 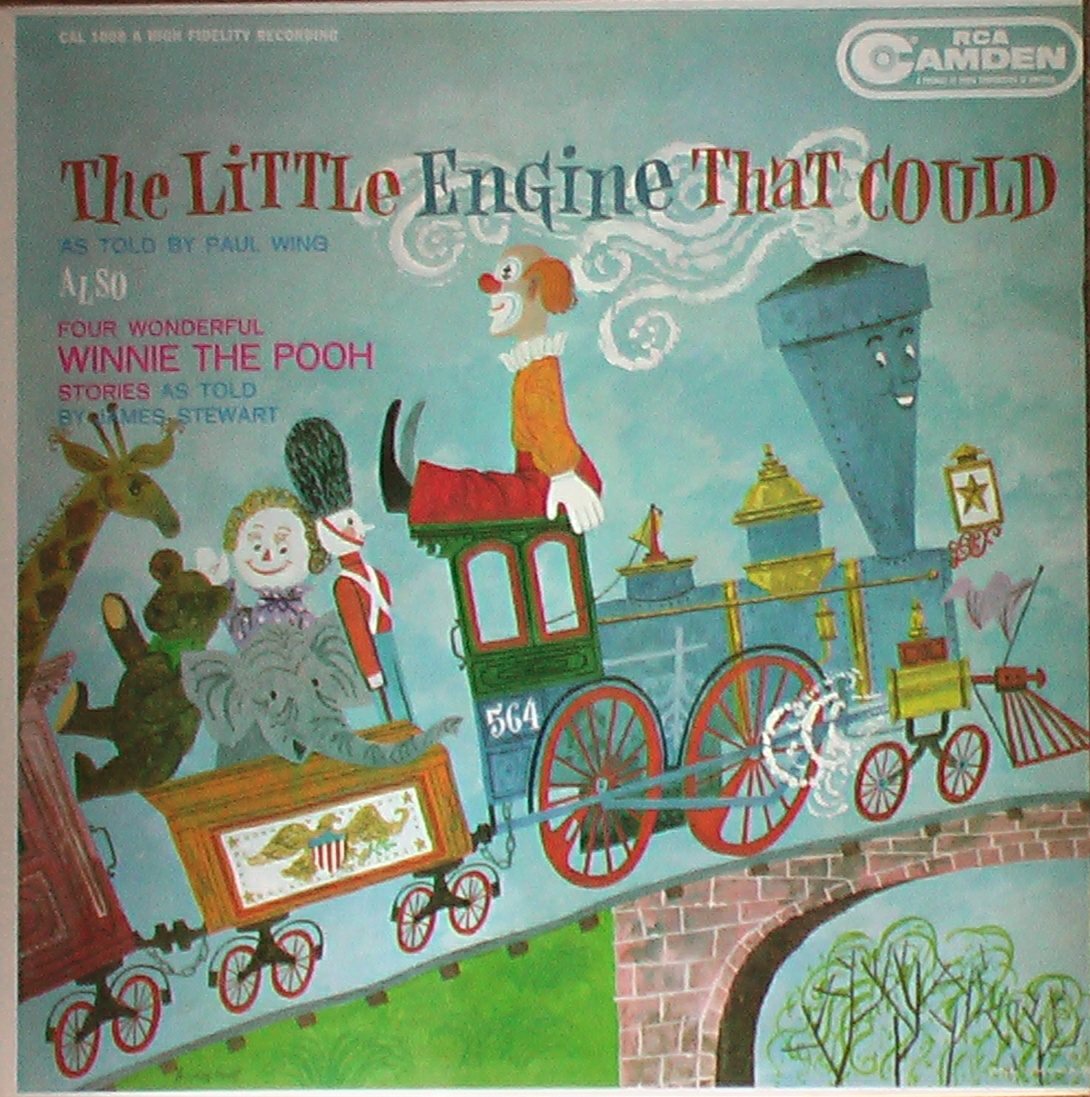 Instead of the Camden logo in the upper right hand corner, the original 1958 release (RCA Victor Children’s Bluebird Records LBY-1008) has this logo:

In the upper left corner of the jacket was printed this price: 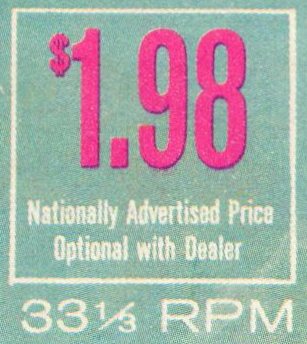 Below is the original label design: 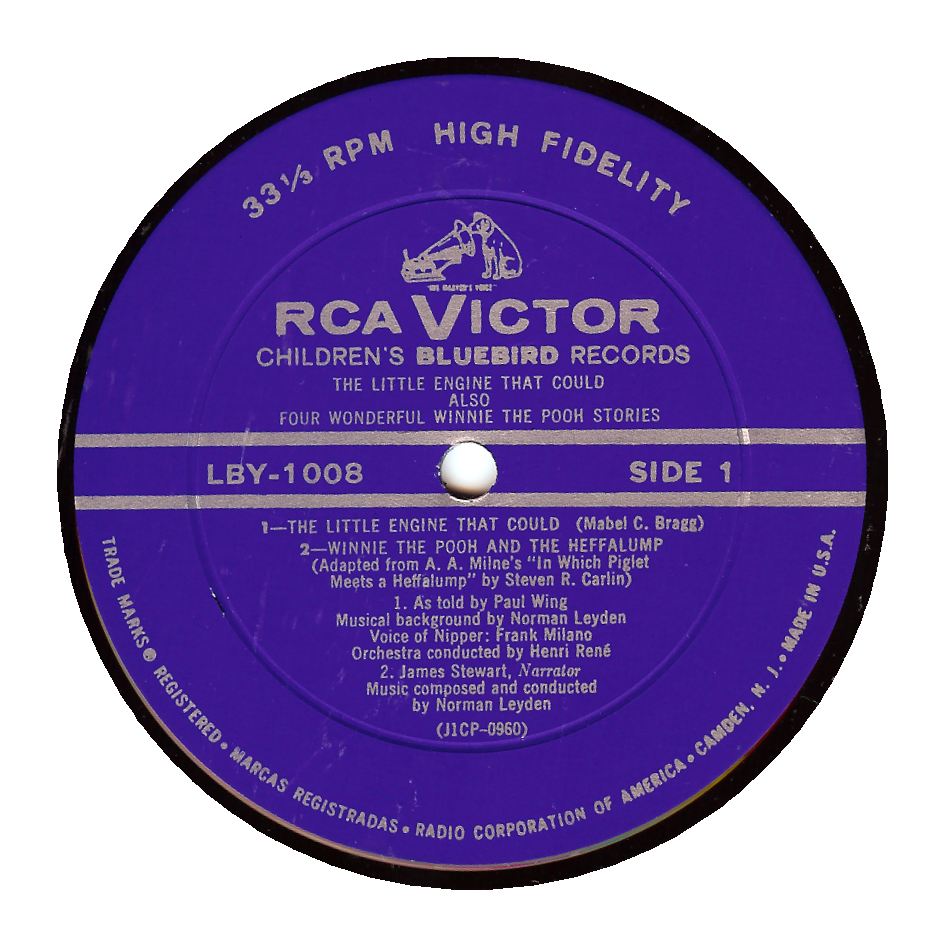 The following ad found in the Salt Lake Tribune (Salt Lake City, UT, December 22, 1958) shows that the album was being marketed as a good children’s Christmas present.

In 1960, the album was reissued in the jacket shown above on RCA’s budget label, Camden (CAL-1008). The label reflected the change in labels. 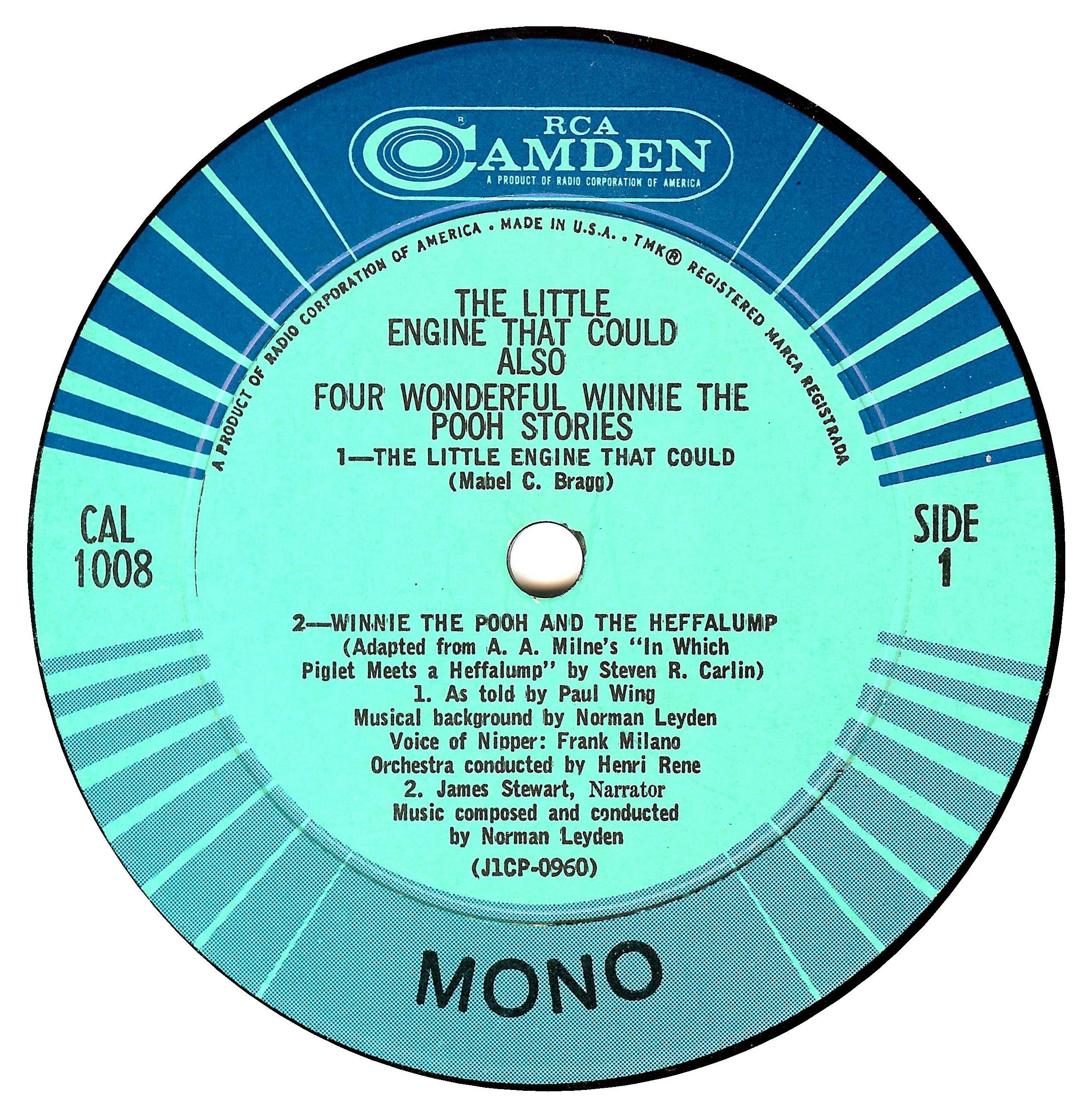 Next, the album was issued as part of RCA’s “Best Buy Series” of reduced price albums (RCA Victor AYL1-4447). Again the jacket was very similar to the Camden release, except for a small stripe along the top which shows the new release number and the fact that the “Stereo effect reprocessed from monophonic.” The label design has also changed. 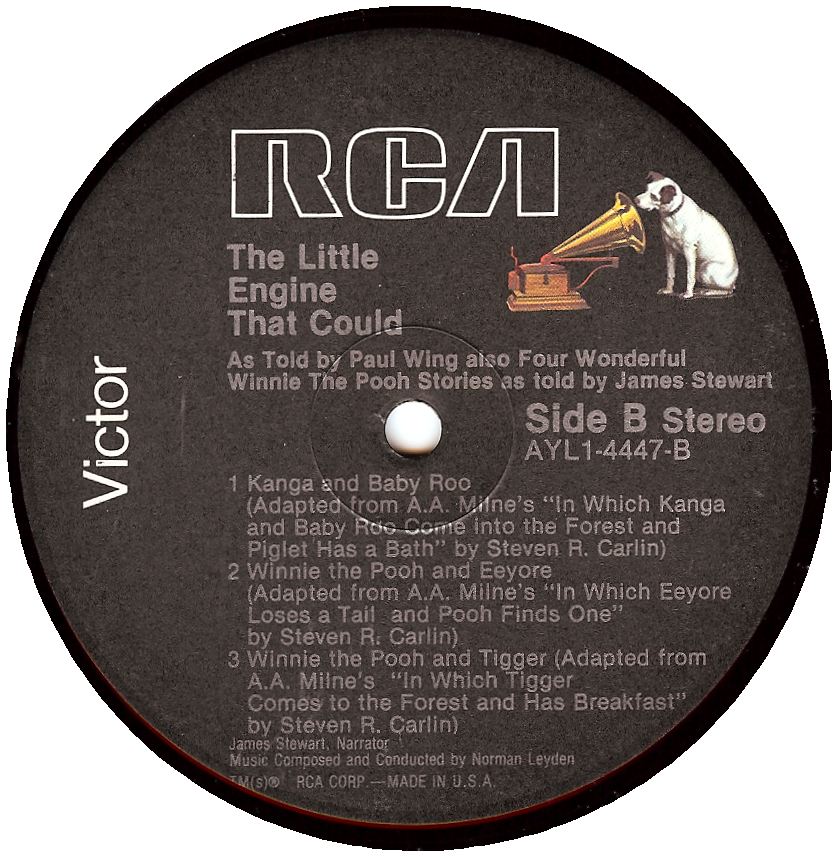 In 1976, the Camden LP (including the Paul Wing story) was reissued by RCA Music Service as a part of a two-record set of children’s stories. Disc one was titled Peter Rabbit, Goldilocks & Other Great Tales for Boys and Girls. The albums were issued in a generic jacket with yet another label design change. 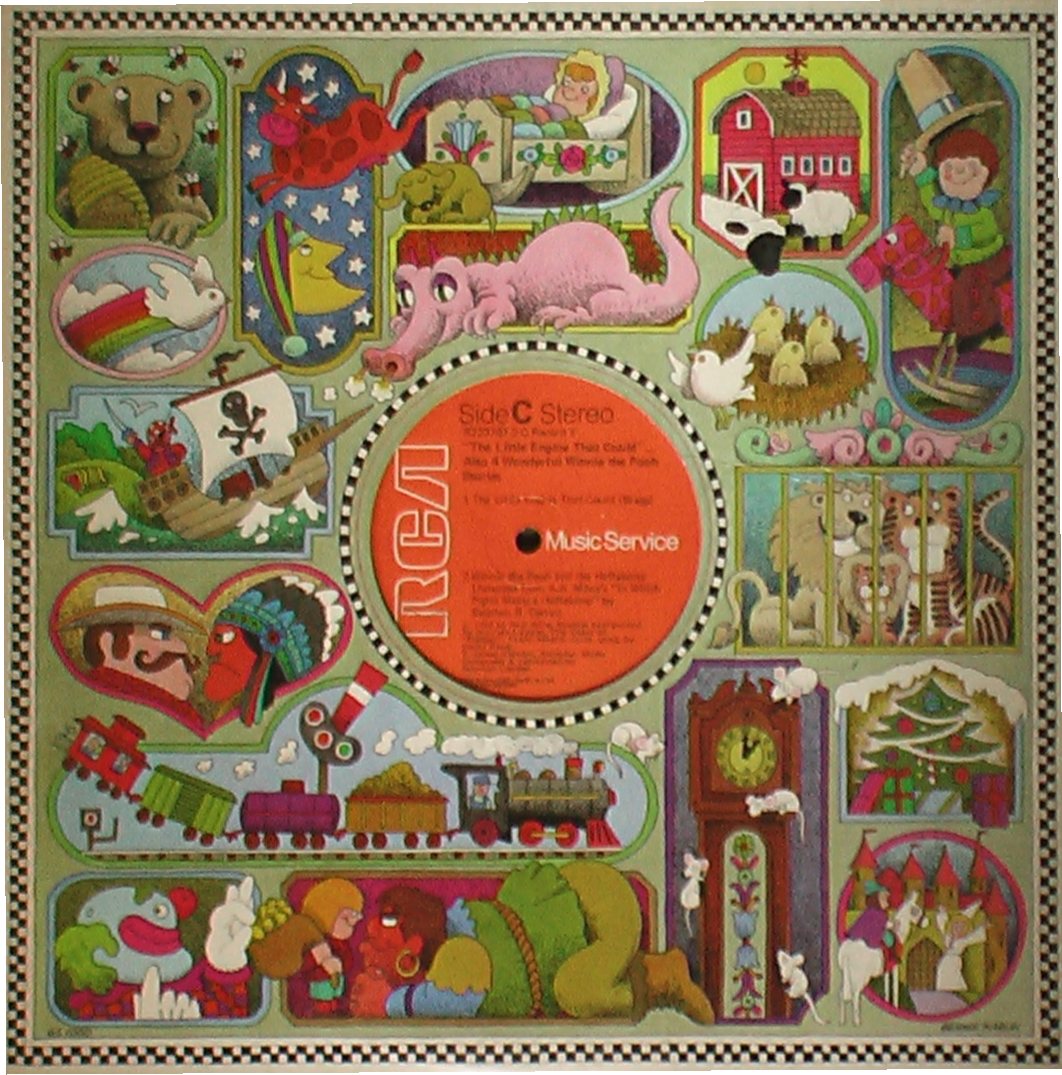 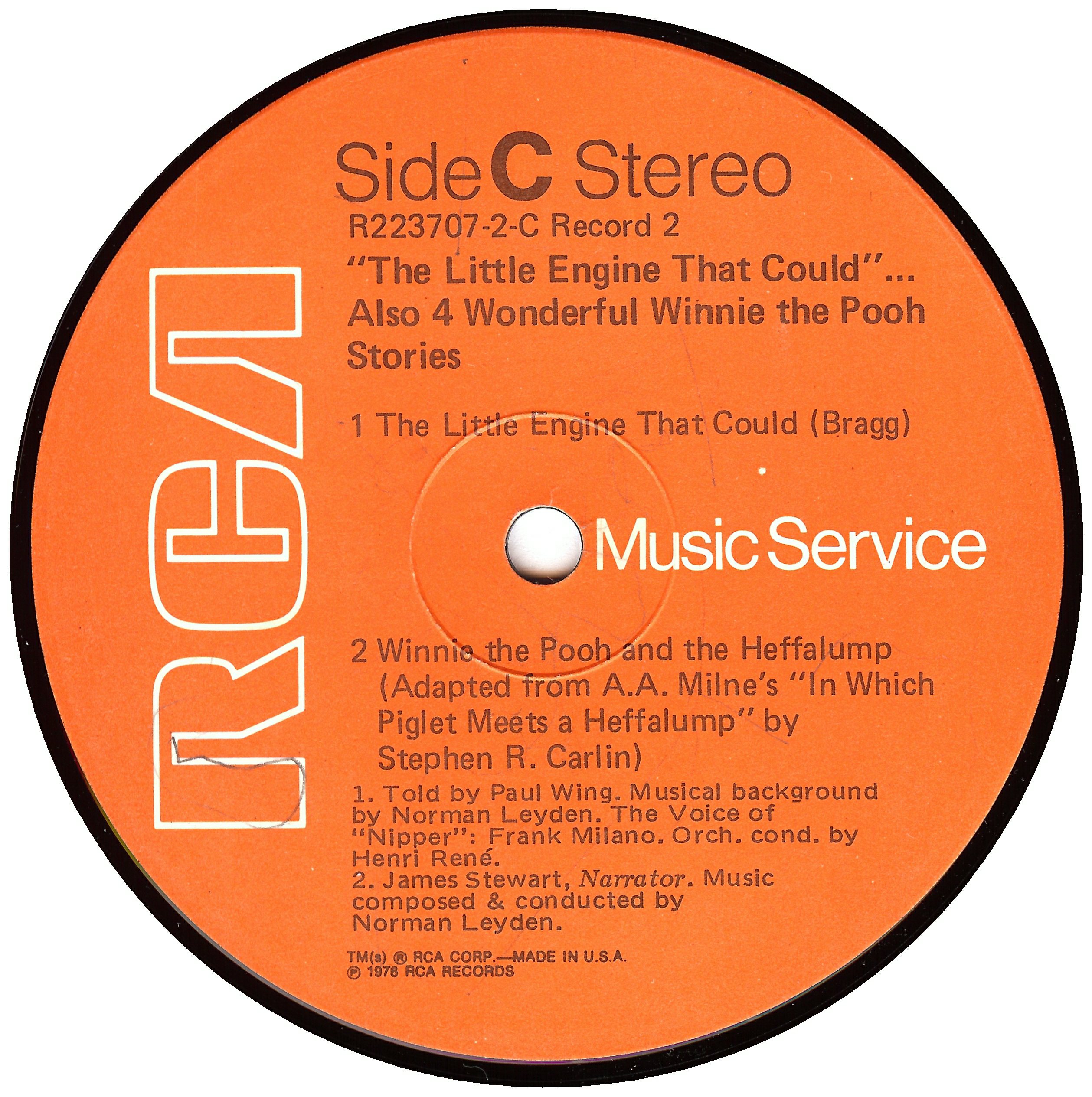 The only remaining unheard story is Winnie the Pooh and Eeyore. Here it is – enjoy.