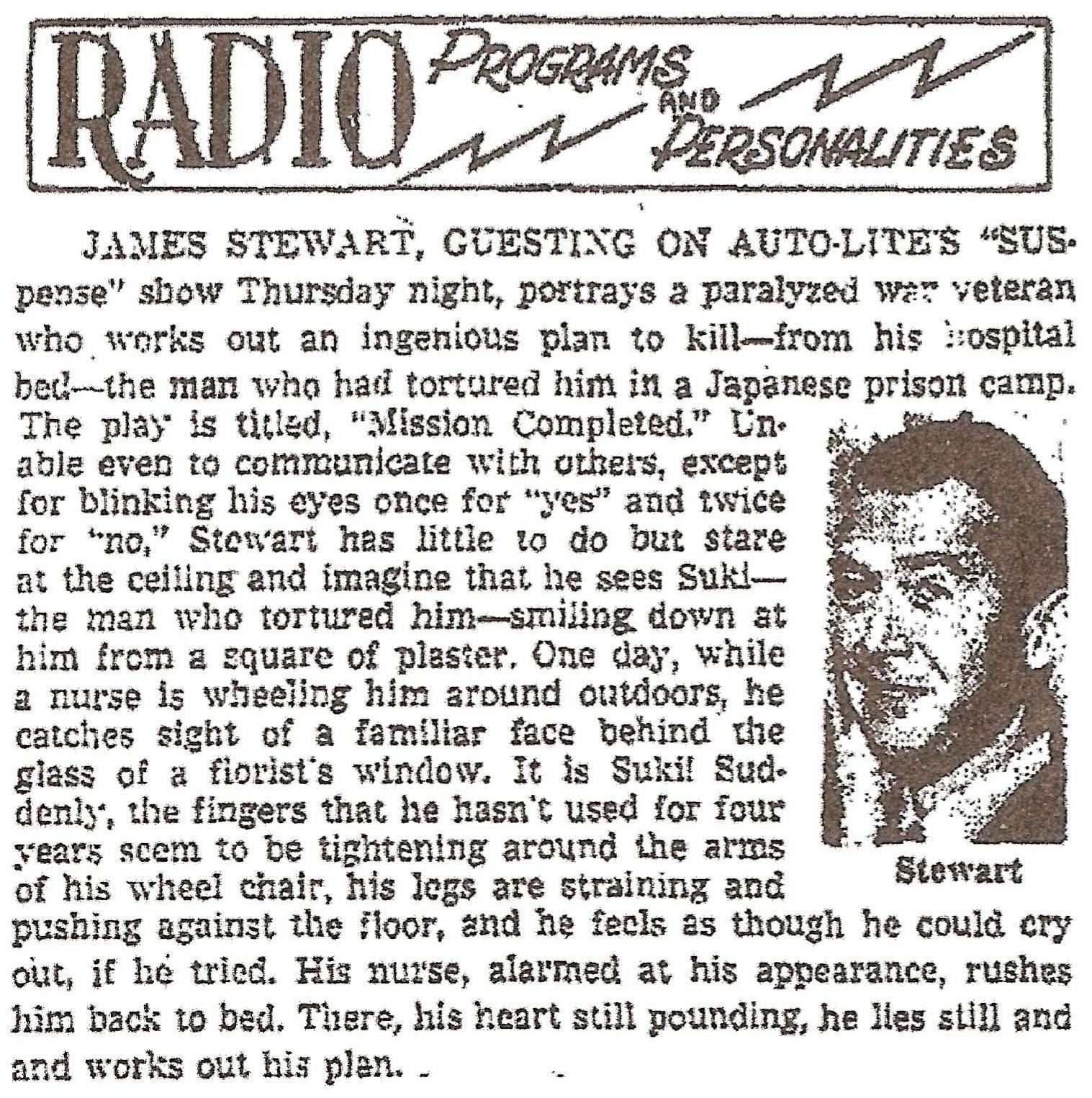 Stewart’s hometown newspaper, The Indiana Gazette, also announced the show to their readers. 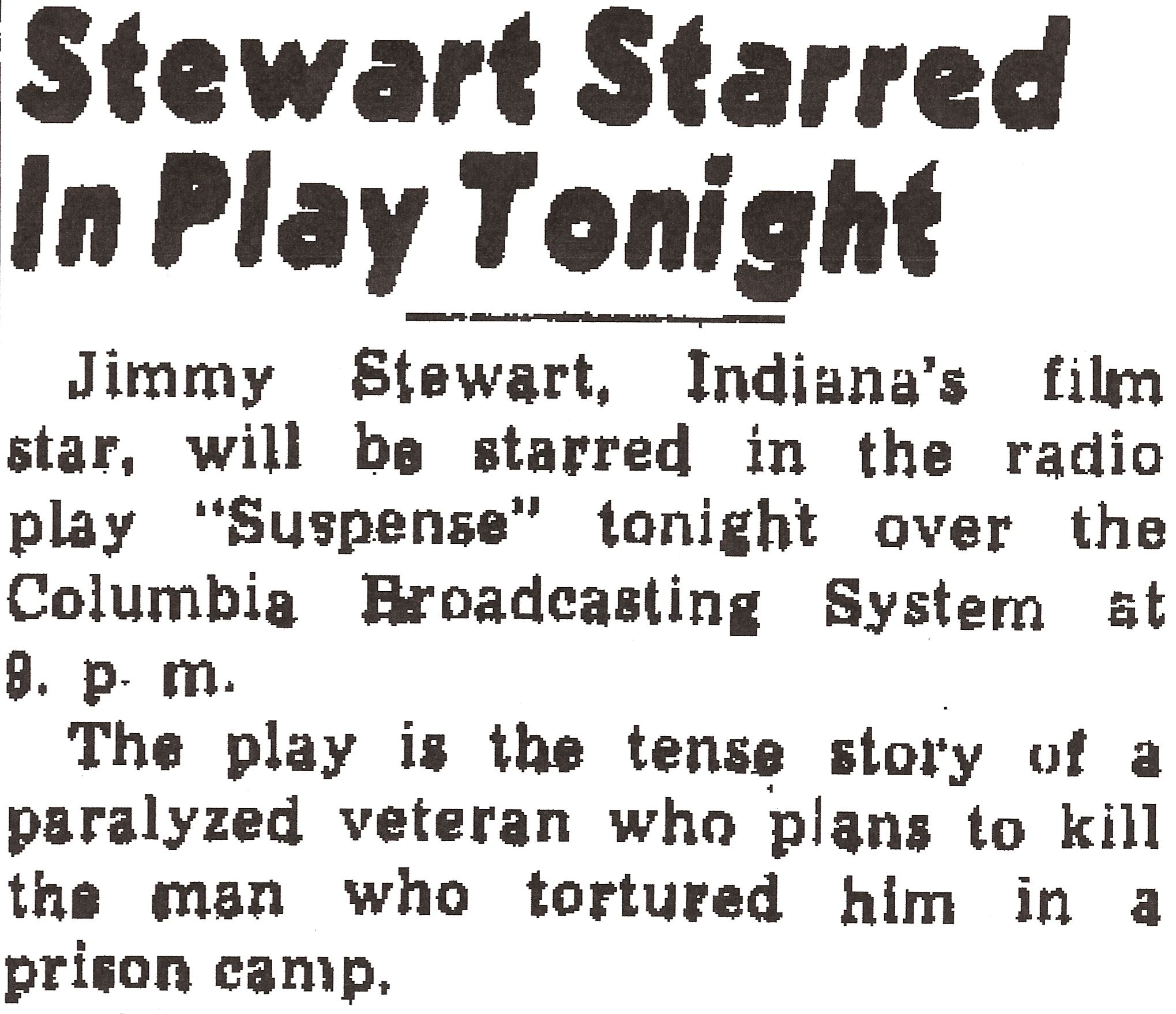 Joining Stewart in the cast were John Dehner as Dr. Benson, Herb Ellis as Murdock (and a policeman), Elliott Lewis as the orderly and Lurene Tuttle as Miss Rhodes. As usual, the play ends with a twist.

Pay particular attention to the end of the program. When Jimmy returns to talk with Harlow Wilcox, the show’s announcer, there’s also another guest – Gracie Allen. It’s a very interesting conversation.