In a previous blog, April 17, 2016, we looked at a similar release which was called Volume 3 rather than Suspense 3. That release was a single cassette; this one is a 4-cassette set. You’ll see some obvious differences in the packaging – the way the titles are laid out and the fact that the drawing of the man with the gun is reversed between the two releases. 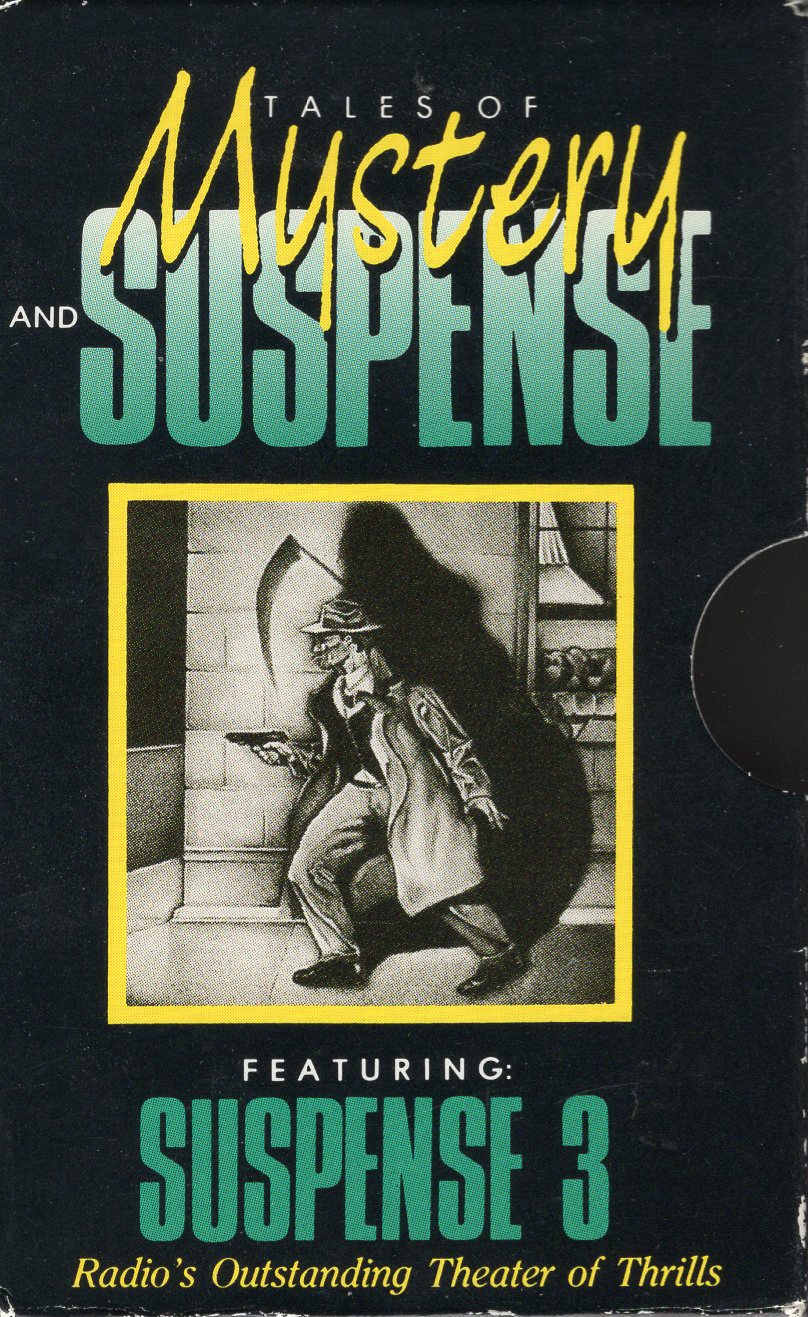 The J-card and cassette are the same for both releases. Both also have the same b-side, Always Room at the Top with Anne Baxter. 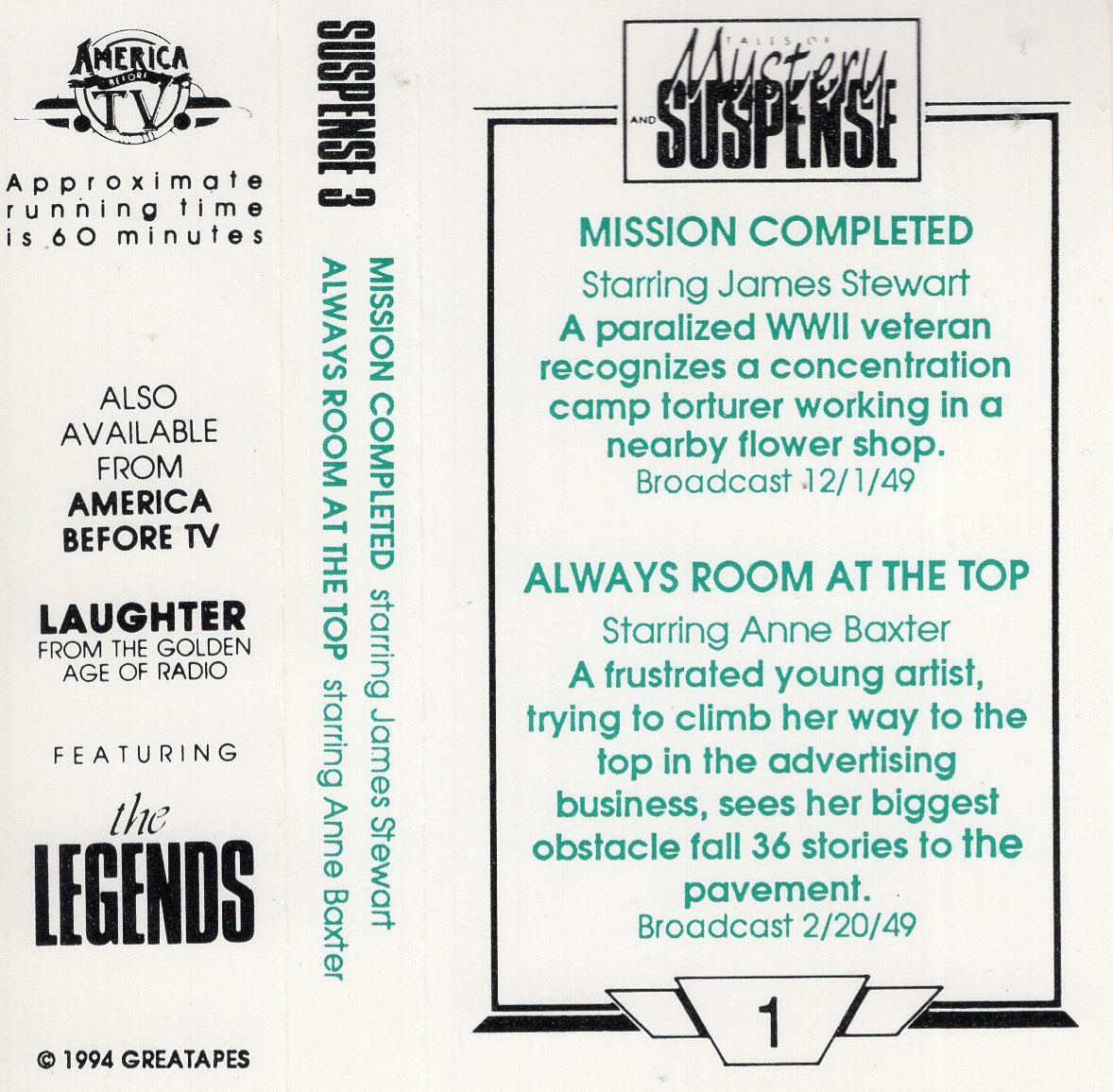 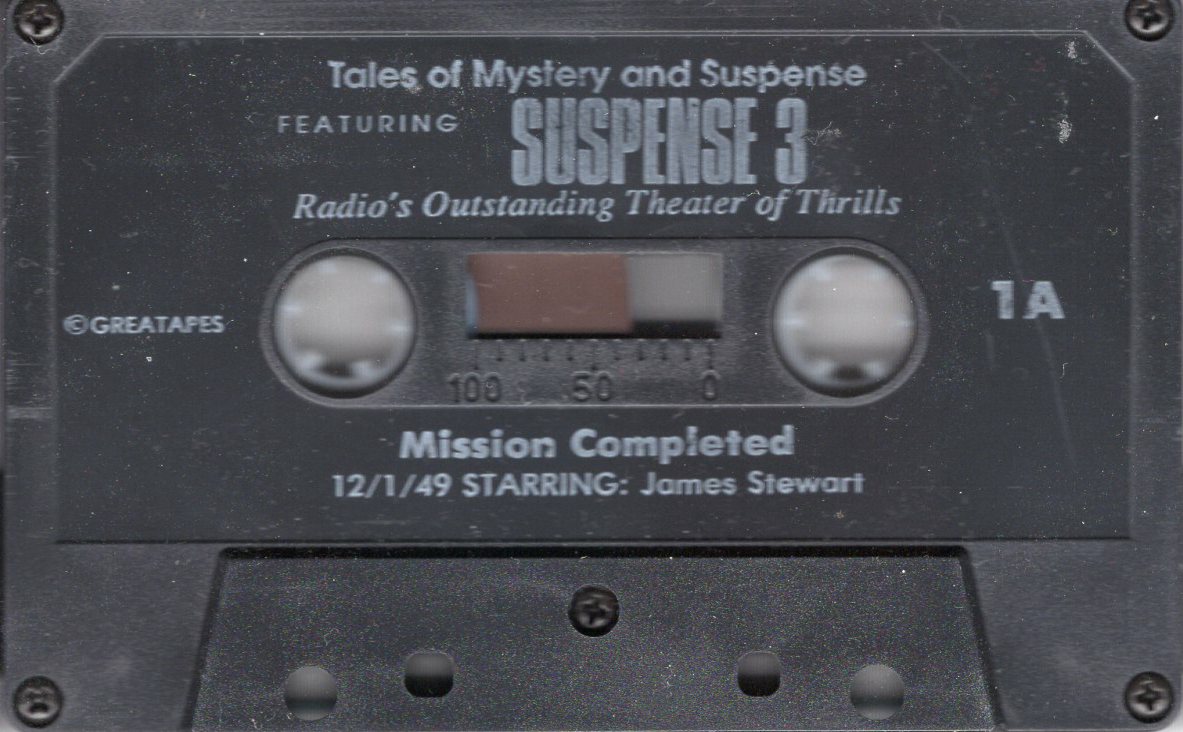 The other programs included in this set are: Too Little to Live On (starring Ozzie & Harriet), A Good and Faithful Servant (starring Jack Benny), A Shroud for Sarah (starring Lucille Ball), One and One’s a Lonesome (starring Ronald Reagan), Drury’s Bones (starring Boris Karloff) and The Pasteboard Box (Starring Joseph Cotton).

You can read about, and listen to, the original broadcast here.